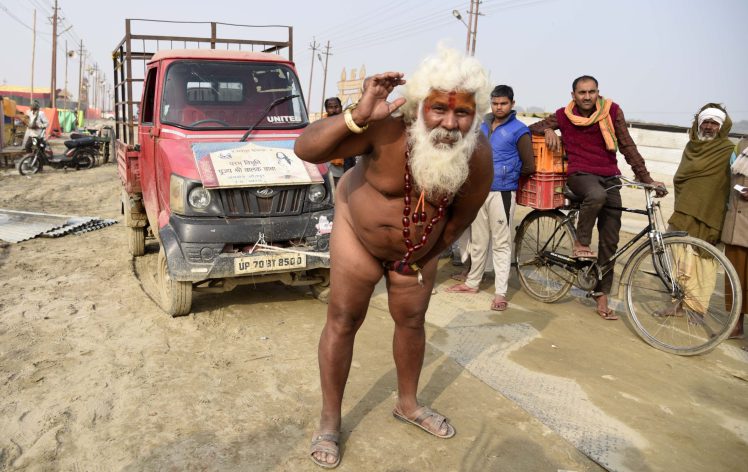 I’ve never been interested in using my dick as a tool for pulling something along – why would anyone want to do that? – so I can’t fail but to be impressed by the guy in this video, who’s literally pulling along a truck using a rope attached to his dick.

The guy was appearing at the 45 day Magh Mela Hindu festival in northern India and was just desperate to show everyone how far he could pull a truck using along his penis. Unfortunately there doesn’t seem to be a video of the feat, but even so these pictures of his undertaking are pretty stunning. How the hell can he do that with just his bell end? 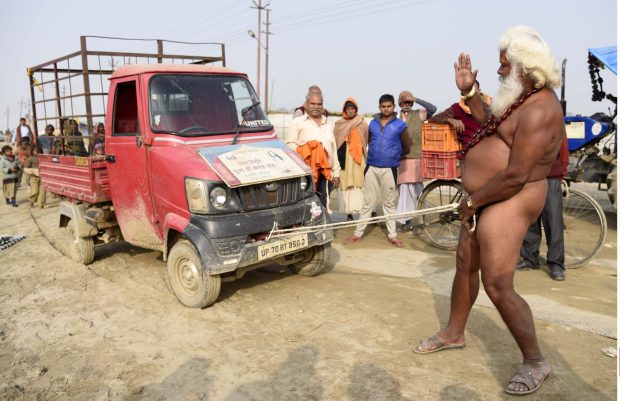 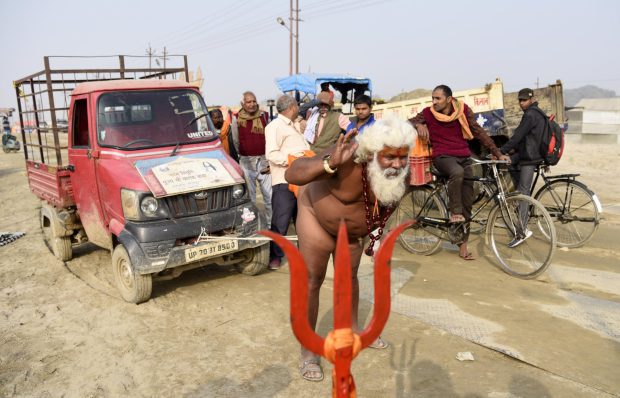 It turns out that the guy is a Sadhu which is how he’s achieved his special power of having a completely indestructible dick. This means that he has rejected pleasures, renounced all his world possessions and taken vows of poverty and chastity, as well as severing all ties with their family in order to pursue spiritual enlightenment.

They try to perform acts of mental or physical strength to try and break the cycle of reincarnation, which is what he was trying to do up there. You would like to think that this would probably be enough of a feat to succeed in that, but hey I don’t know how the Hindu God operates so I can’t comment on it really. Will keep my fingers crossed though.

For more of the same, here’s a guy getting his dick out in court to prove that his girlfriend could choke on it. Classy.