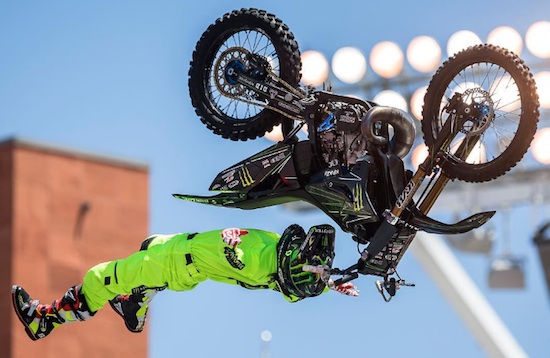 The first ever ‘Nitro World Games’ took place in Salt Lake City over the weekend and welcomed the best athletes from across the globe in action sports’ most exciting and popular disciplines to compete for a bunch of prizes, usually by performing the most insane stunts that they could imagine.

There are some absolutely unbelievable runs in the highlights reel below, but what would you expect from a competition originated by legendary motocross rider Travis Pastrana:

Wow. How the hell do these guys even think about doing these stunts, let alone carrying them out? Even the stuff with the lameass scooters is seriously incredible.

For more insanity in the world of action sports, check out Travis Pastrana’s highlight reel here.