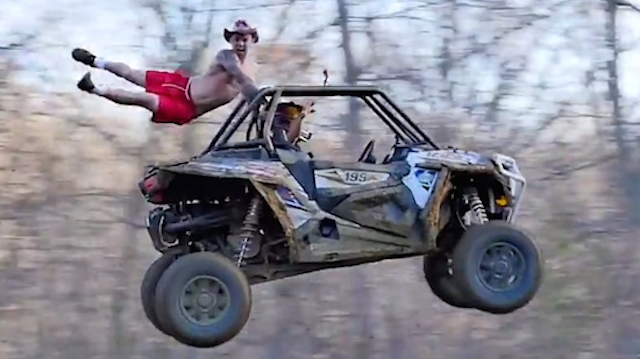 This is beyond crazy.

Travis Pastrana is a ten times X Game gold medallist and one of the most respected stunt car drivers in America.

As you might expect, he’s one crazy mofo and his latest video proves that crazy people tend to keep company with one another as Travis and his friends pull off some of the most incredibly insane stunts I’ve ever seen on a video like this – they’re way crazier than anything that we’ve featured on the site before. As the tagline says ‘Travis Pastrana and his friends have gone mental’ and when you check out the video you’ll see why.

The thing is, this is only the trailer so when ‘Action Figures’ does drop, it’s going to be even wilder than this. I can’t wait.