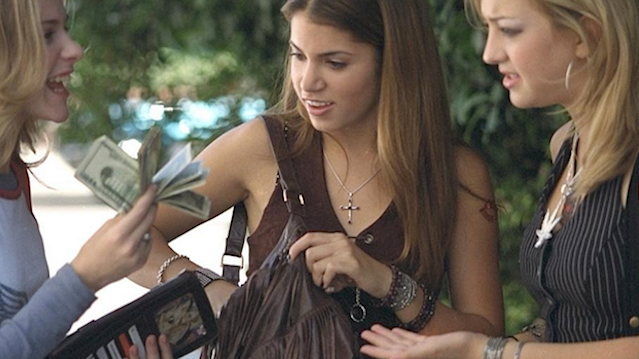 She gave the girls 40% of the profits – which is probably more than an actual pimp would.

Why is it that all the most fucked up things seem to happen in Florida these days instead of Russia?

I have no idea, but it’s probably due to the fact that that state is pretty much full of rednecks and criminals, and it seems like they’re starting out even younger these days too. A 17 year old girl who even sounds like a pimp (madam?) named Alexa Nicole De Armas has been arrested following allegations that over the summer she arranged meetings between young girls and desperate older guys in exchange for money and alcohol.

The main case against her regards a homeless 21 year old dishwasher named John Mosher who I’m sure you’ll agree has an incredible surname. Mosher gave De Armas $40 and a bottle of liquor in order to have sex with a 15 year old girl from the same high school as De Armas, Riverview High School. However, things didn’t exactly go according to plan when Mosher met the girl at a community pool shed and forced her to have sex up against the wall of the shed after she initially refused. Gross.

This wasn’t the limit of De Armas’ business though, although it was the most sordid and the thing that probably got her busted. She would regularly offer girls to older guys with $50 getting you a blow job, $70 for full intercourse and $100 for sex with a virgin. I guess she must have cut Mosher some kind of deal or it must have been a really good bottle of liquor.

In fairness to De Armas she did give the girls 40% of the profits – which is probably more than an actual pimp would – but when you think about it she is 17 and whoring her friends out for profit which isn’t exactly a great way to live your life. To make matters worse she wasn’t even being that nice about it, allegedly writing: ‘Why pimp out old hoes when I have fresh young hoes I can give up for money? As long as I’m getting paid I’m trafficking all these (expletive)’ in one message. It’s thought that she arranged at least three other of these meetings during her time running her ‘agency’.

If only she had put her entrepreneurial skills to something a little less sordid hey, like this 13 year old who’s going to become a millionaire after messing around with his LEGO set for a bit.