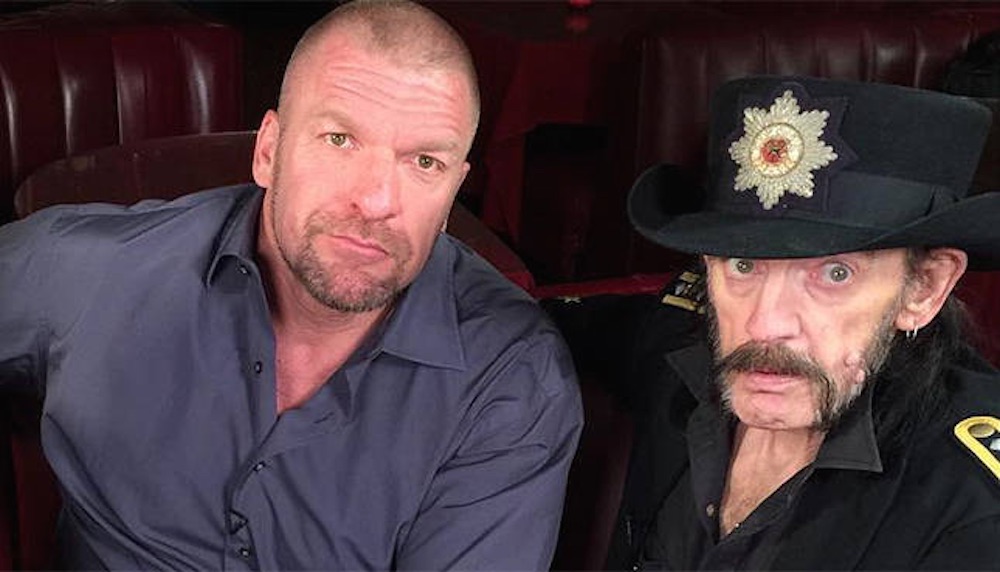 The Game pays his respects to the man that helped define his legacy.

As many of you are no doubt aware, iconic Motorhead frontman Lemmy unfortunately passed away over Christmas this year and his funeral was held over the weekend and as you might expect, a whole host of celebrities turned up to pay their respects.

One of these was the wrestler HHH, who famously had his iconic theme music written and performed by Lemmy himself, with the great man even coming out once at WrestleMania to play it live. HHH delivered an absolutely kickass eulogy, where he explained how amazing it was to have Lemmy involved in his career and also how important he was in defining his on screen persona:

And when I had the opportunity to participate in creating my music, I wanted it to sound like Motorhead.

You’re in a stadium with about 80,000 people in it and you’re coming up on a riser onto a stage with smoke all around you and the world title around your waist and you look to your side as you come up with lasers and pyro and Motorhead playing and f*cking Lemmy is standing next to you singing about you, it is the most kick ass thing of all time.

There were also a number of great anecdotes and stories in the eight minute speech, which you can see in its entirety below:

Just perfect eh? I suppose if you need someone to deliver a eulogy then you may as well ask someone who cuts promos every day for a living.

But seriously, it was a great eulogy and it really cemented how loveable and loved Lemmy was that HHH could laugh and talk about him like that. Props.  If you want to help memorialise Lemmy in a way that would hopefully last forever, then one of these petitions to help with that – either naming a new chemical element after him or renaming a Jack and Coke to a Lemmy. RIP.