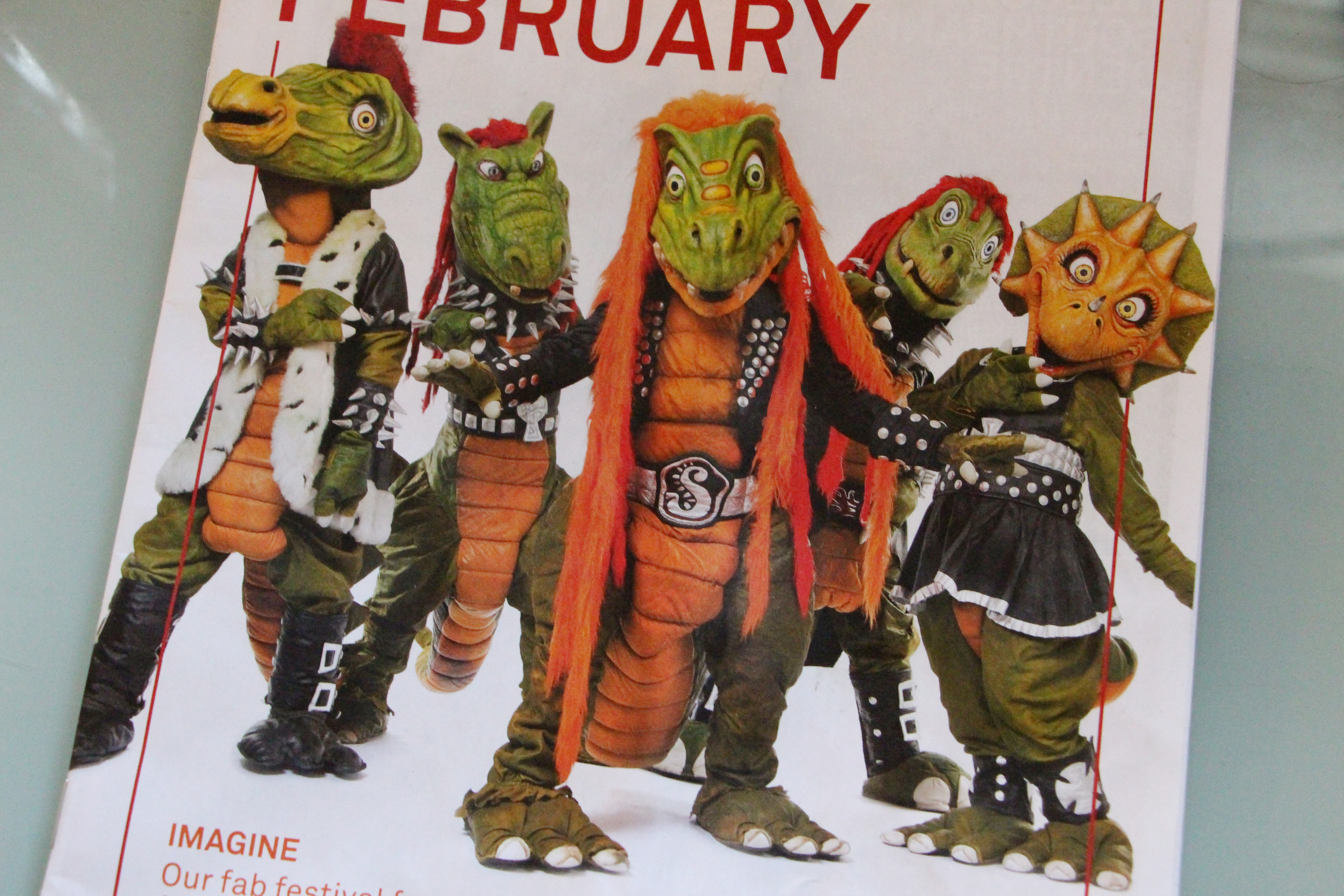 We were the only adults without children there though.

For those who aren’t aware, Hevisaurus are a Finnish heavy metal band that dress as dinosaurs and make Barney the dinosaur look completely soft. In a world where kids’ entertainment mostly features over enthusiastic talking down to children as though they’re complete imbeciles, they’re a hugely welcomed change from the norm.

Obviously when it was announced that they’d be playing the Imagine Children’s Festival at the Southbank Centre, we jumped at the chance to go down and see the spectacle for ourselves. Attending gigs at 11.30 in the morning is pretty much unheard of, but seeing as the majority of the crowd would be in bed at normal door times, it completely made sense. On our arrival, it became painstakingly obvious that we were the only adults there not accompanying children and the lady at the ticket office was definitely judging us hard.

We were given the best available seats that fortunately allowed us to see the entire stage and let me tell you, it was wild. Seeing as the band are pretty unheard of here and most of the songs are written in Finnish, there was a more than decent turn out. Not only were the characters actually playing their instruments live but the music was pretty spot on – the guitar shreds from guitarist Riffi Raffi were totally sick. The kids were eating that shit up and there were a notable number of adults, including a bunch of metal Dads, noticeably enjoying themselves in their seats. One couple were moshing alongside their offspring in their box.

Although the minimal stage set left a lot to the imagination, the show was no disappointment. The skits between songs were cute, kept the audience engaged and we can now safely say that a room of over a hundred children shouting “MILK” at a bunch of dudes prancing across the stage in dinosaur costumes is enough to wake you up in the morning. Shit’s loud.

During the last song, the kids all rushed forward in a hyperactive frenzy. We saw one girl go nuts, run towards the performers, before getting scared and running back to her parents which was adorably hilarious too. At the end of the set, there was a well accepted encore and the kids danced away before saying goodbye to their prehistoric friends one last time.

Despite being the only non-parents in the audience, we had a blast. 10/10 and we would recommend. Definitely more legit than many bands marketed for adults, especially notorious cry babies The 1975.