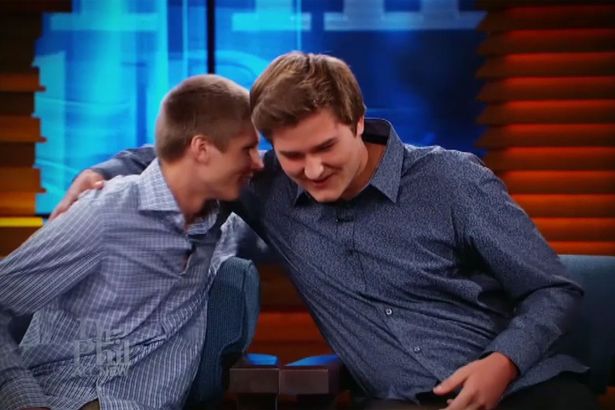 Remember the video of that high school student coming to the rescue when the school bully was picking on some defenceless blind kid? Of course you do — it was fucking awesome.

The video went super viral and has made quite the superstar out of Cody Phines, who managed to subdue the bully with just one punch. This week he appeared on the Dr. Phil show alongside Austin Higley (the blind kid) and was given a massive thank you:

Nicely done and what a thing to put on your CV. It says so much about the kid as a person that he’d probably do well to share a link of the video with any of his future employers. On the other side of things what will become of the bully who was punching the blind boy? The guy’s completely fucked. I guess the media is showing some kind of mercy by not naming him as it would probably take years to shake off the stigma of being the person who got their butt whooped on viral video for picking on a disabled kid. As heinous as it was he’s young enough to learn his lesson and go on to become a more compassionate and productive member of society.