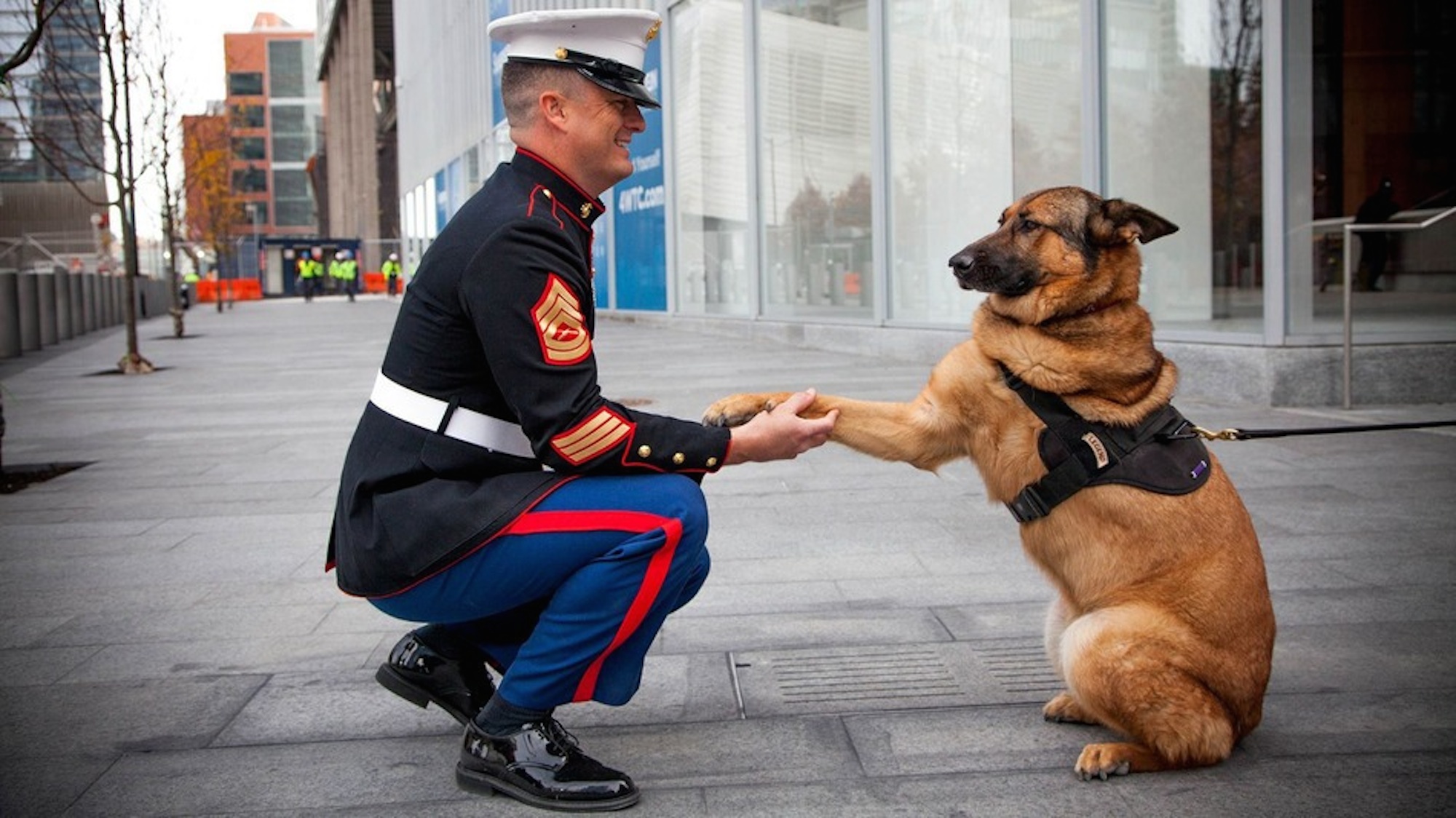 In London yesterday, a heroic German Shepherd named Lucca was presented with the Dickin Medal at Wellington Barracks after completing 400 missions over six years in Afghanistan and Iraq.

The Dickin Medal represents the highest medal that any animal in the world can achieve and only 67 have ever been awarded, so this is actually a pretty big deal. It might even make up for the fact that Lucca lost one of her legs on her final mission in Afghanistan when she was caught in an IED blast, although it probably won’t.

Nevertheless, ever since the incident in March 2012 Lucca has remained in high spirits and now plans on enjoying her retirement from active duty, where she performed as a weapons detector. She’ll be living in California with her former handler Gunnery Sergeant Chris Willingham, who had this to say about her:

Lucca is very intelligent, loyal and had an amazing drive for work as a search dog.

She is the only reason I made it home to my family and I am fortunate to have served with her.

Even when Lucca was injured, her good temperament and gentle nature never faltered.

She has become an inspiration to everyone she meets and I am so very proud to see her decorated with this prestigious award.

Damn straight. What an absolute hero. Wishing you an easy retirement pal.

Maybe she’ll end up joining this super cut of dogs getting stoned – she is moving to California after all.