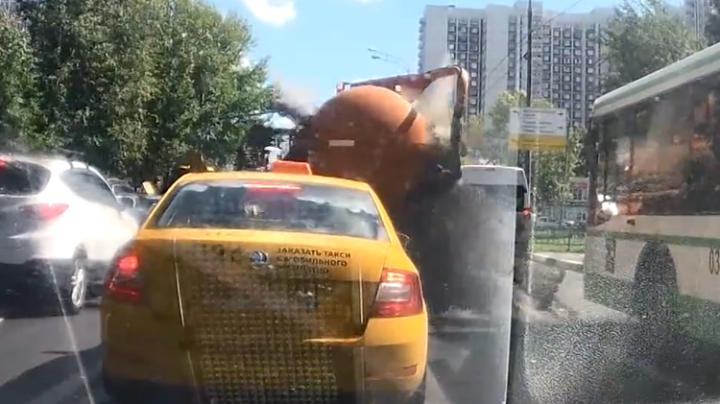 I don’t really encounter sewage trucks in my day-to-day life, but when I do I’m fairly confident that they’re adhering to safety regulations and aren’t going to explode and spray filth all over the street I’m driving on.

Unfortunately, it doesn’t look like the same can be said for citizens of Russia. In the video below, a sewage truck has been filmed literally imploding on the busy streets of Moscow near the Altufyevo subway station. Shit goes all over the buses and cars surrounding it in the aftermath of the immediate explosion, and then it just drips all over the floor solidly for about a minute. Gross:

So glad I wasn’t anywhere near that at all. Having said that, there’s something absolutely hilarious about the car just rocking up and then the whole truck just imploding, causing shit to go everywhere. You’ve really got to be thankful for Russian dash cams when stuff like this gets uploaded onto the internet.

For more of the same, here’s one of the most insane dash cam videos in history.