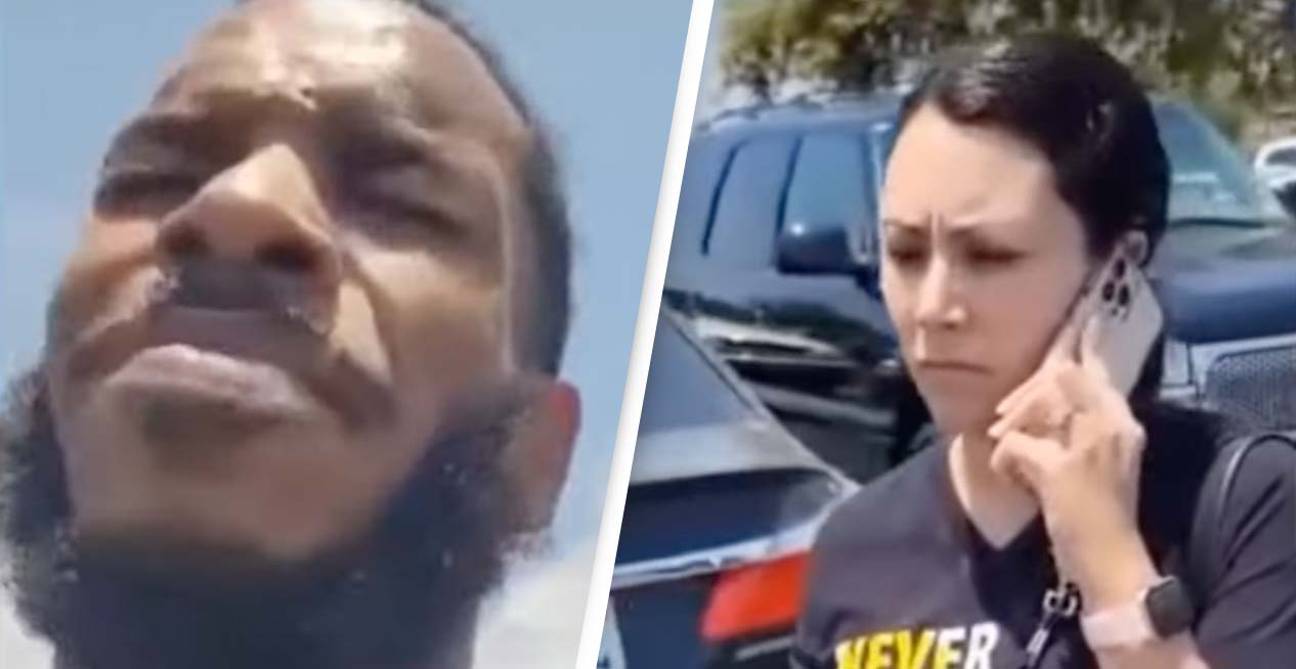 Racism reared its ugly head in this country once again following the Euro 2020 final on Sunday, but here’s another reminder that it’s a problem pretty much everywhere in the world and not just on our stupid little island.

This shocking video comes from outside a Walmart over in Moreno Valley, California, where a woman started following Ya’Shear Bryant in the store and accusing him of stealing her son’s phone. She said that she tracked the phone next to his car and then followed him into the store and started screaming at him about it.

Predictably, it wasn’t long before the phone was actually found inside the woman’s car, but even then she can’t apologise to Bryant and tells him to go fuck himself. Here’s the full video alongside Bryant’s commentary:

She runs up to me and says, ‘Excuse me, you have my son’s phone?’ I pull my phone out, and tell her I do not.

I know I’m Black with tattoos, so she automatically assumes I have it.

I’m definitely pressing charges. This is racial profiling. You guys see it on camera yourself.

I have a family. I’m a married man… I’m dealing with this woman’s irateness because her son can’t be responsible for a phone.

That’s not my fault. But being racially profiled? That’s gonna be hers.

You can’t really blame the guy for being completely pissed off about this can you, even if by some miracle he wasn’t actually being racially profiled and was just being accused of stealing someone’s phone. That’s a bit much when you’re just trying to do your weekly shop or whatever isn’t it? Woman is clearly a dickhead as she didn’t even apologise to him at the end and told him to go fuck himself.

Really hope that Bryant pursues a racial discrimination case but given how likely they are to succeed in America, feel that he’s already fighting a losing battle. Hopefully she’ll end up losing her job or something though at least.

For more of the same, check out this Karen having a meltdown in Victoria’s Secret after pretending to be attacked by another customer. Ouch.