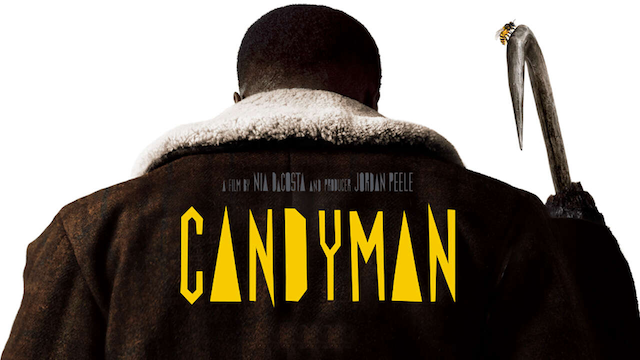 ‘Candyman’ was by far and away the movie that haunted me the most when I was a kid and my parents allowed me to see it – the hook, the bees, it all added up for a nine year old I tell you – so I’m obviously fairly interested about what the Jordan Peele produced ‘reimagining’ of the character is going to look like.

The first trailer for ‘Candyman’ has been floating around the internet for some time now because of the pandemic, but it looks as though the movie is finally going to be released on August 27th and the hype is truly starting to gather momentum with the release of this 2nd trailer. It looks as though it’s going to be just as terrifying as the first:

For as long as residents can remember, the housing projects of Chicago’s Cabrini Green neighbourhood were terrorized by a word-of-mouth ghost story about a supernatural killer with a hook for a hand, easily summoned by those daring to repeat his name five times into a mirror.

In present day, a decade after the last of the Cabrini towers were torn down, visual artist Anthony McCoy (Yahya Abdul-Mateen II; HBO’s Watchmen, Us) and his girlfriend, gallery director Brianna Cartwright (Teyonah Parris; If Beale Street Could Talk, The Photograph), move into a luxury loft condo in Cabrini, now gentrified beyond recognition and inhabited by upwardly mobile millennials.

With Anthony’s painting career on the brink of stalling, a chance encounter with a Cabrini Green old-timer (Colman Domingo; HBO’s Euphoria, Assassination Nation) exposes Anthony to the tragically horrific nature of the true story behind Candyman.

Anxious to maintain his status in the Chicago art world, Anthony begins to explore these macabre details in his studio as fresh grist for paintings, unknowingly opening a door to a complex past that unravels his own sanity and unleashes a terrifyingly viral wave of violence that puts him on a collision course with destiny.

Wow. That trailer didn’t really tell us much of what was going on in terms of the plot of the movie, but it had a definite sense of foreboding and dread all the way through it and looked like it was going to scare the shit out of me, much like the original. Definitely going to the cinema to see this one.

For more of the same, check out the first official trailer for ‘Candyman’ that came out 18 months ago. Jesus.