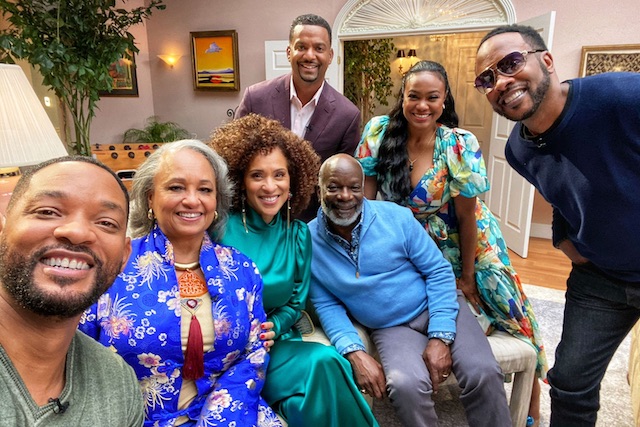 There’s no doubt in my mind that for many people growing up in the 90s – and a fair few afterwards as well – that ‘The Fresh Prince Of Bel Air’ was one of the shows that they absolutely adored and still love today and so a whole bunch of people are going to be interested in the reunion show that’s coming up.

Sadly the gang aren’t getting back for a scripted episode of the series to see where all the characters are in their lives now, but instead all the actors are meeting up to talk about their experiences and time on the show and reveal some never before heard secrets. Will and Tatyana Ali, Karyn Parsons, Joseph Marcell, Daphne Maxwell Reid, Alfonso Ribeiro and DJ Jazzy Jeff will all be appearing, although sadly James Avery/Uncle Phil has passed away so won’t be showing up.

This doesn’t mean his influence won’t have a profound effect on proceedings though, as evidenced in the trailer below:

Man, you know what? I wasn’t even going to give this the time of day when I heard that it was just the cast meeting up to talk about the show, but watching that really did get me all emotional and wanting to tune in.

For more of the same, check out this idea for a dark and dramatic reboot of ‘The Fresh Prince’. Not so sure about that, but maybe it could work?