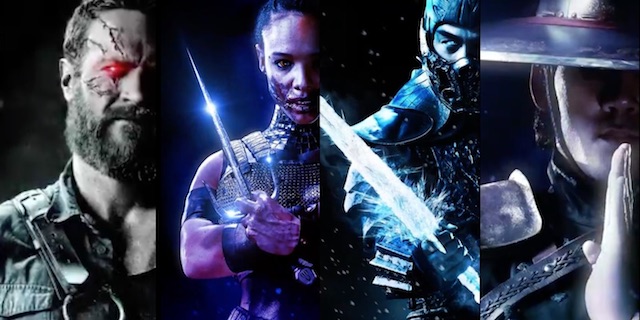 I don’t really think that anyone out there was asking for a new ‘Mortal Kombat’ movie, but nevertheless this is exactly what we’ve been given – and it’s only two months away.

If you’ve seen the original ‘Mortal Kombat’ movies or even played the video games, then you’ll know that there isn’t really a plot and it’s just an excuse to get a bunch of weird looking people to fight and gruesomely kill each other and it doesn’t look like this version is ripping up the rule book by any means. Dive right in:

Wow. That was way, way stupider than I thought it was going to be, with the best exchange definitely being ‘It’s a birthmark’ ‘What does that mean?’ ‘It means he was born with it.’ Can’t really write dialogue like that these days any more can you?

Anyway, it looks like most of your favourite characters are going to be showing up for this one – although I didn’t see Jonny Cage in the trailer I don’t think? – and it also looks like they’re actually going to be killing each other as well which is pretty refreshing. Not really sure who the good guys and who the bad guys were meant to be from the trailer – Kano isn’t a good guy surely? – but I don’t think that really matters, does it? Just strap in and enjoy the ride come April 16th.

For more of the same, check out Mortal Kombat fatalities in real life. Finish Him!