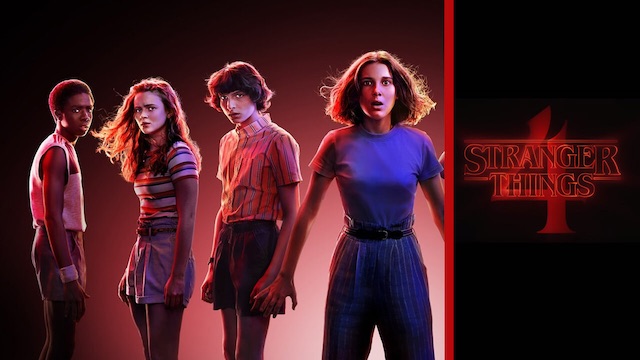 We’re heading back to Hawkins.

It’s been a really long time since we’ve seen any ‘Stranger Things’ – I guess the pandemic shunted production back a bit or something – but the new series is set to finally premiere sometime this summer.

We already know that Hopper is still alive and trapped as a prisoner in Russia somewhere, but this new trailer isn’t really giving us any more information about what’s going to be happening in this season. Take a look at it below and see what you think:

Eleven, are you listening? pic.twitter.com/rnPHzYt65d

Yeah that’s not really giving much away in the slightest and not telling us anything that we don’t really already know? Couldn’t even give us the release date FFS. Still, it’s good to know that it’s on its way and will probably be with us sooner rather than later. Just a shame that the pandemic is pretty much over now so it’ll take longer for us to binge watch it now because we’re all out doing stuff instead of sitting at home watching Netflix.

For more of the same, check out when Noah Schnapp had to issue an apology after using the N word in a video. Whoops.