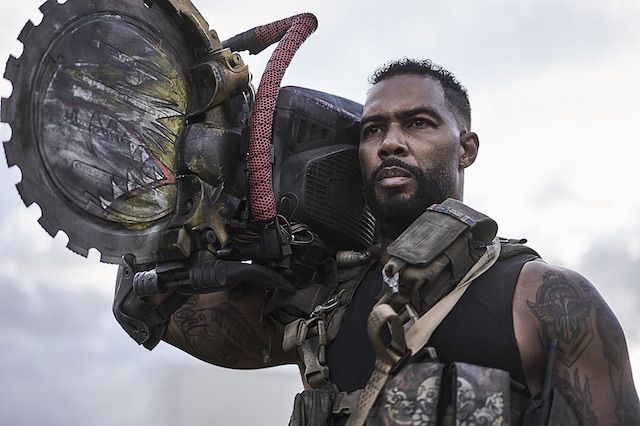 We all know that Zack Snyder has been pretty busy lately preparing the infamous ‘Snyder Cut’ of Justice League, but somehow in between all that he’s managed to make another movie that also looks completely and utterly ridiculous – but also a lot of fun.

‘Army Of The Dead’ is the story of a bunch of badasses trying to break into a quarantined Las Vegas that’s full of bloodthirsty zombies in order to rob a casino and if that doesn’t sound like a hook, then I don’t know what does. If for some reason you aren’t sold after hearing that plot description, then here’s the trailer and the official plot synopsis:

ARMY OF THE DEAD takes place following a zombie outbreak that has left Las Vegas in ruins and walled off from the rest of the world.

When Scott Ward (Dave Bautista), a displaced Vegas local, former zombie war hero who’s now flipping burgers on the outskirts of the town he now calls home, is approached by casino boss Bly Tanaka (Hiroyuki Sanada), it’s with the ultimate proposition: Break into the zombie-infested quarantine zone to retrieve $200 million sitting in a vault beneath the strip before the city is nuked by the government in 32 hours.

With a ticking clock, a notoriously impenetrable vault, and a smarter, faster horde of Alpha zombies closing in, only one thing’s for certain in the greatest heist ever attempted: survivors take all.

Wow. How the fuck are Dave Bautista and his team going to get out of that one hey? Judging by the footage it doesn’t even look like they’re going to be involved in that many fights with them, but man I’m intrigued. Hopefully we get to catch it on the big screen over here because it looks like your home TV probably isn’t going to do it justice really.

For more of the same, check out when there was an outbreak of zombie deers in the USA. That actually happened in real life.