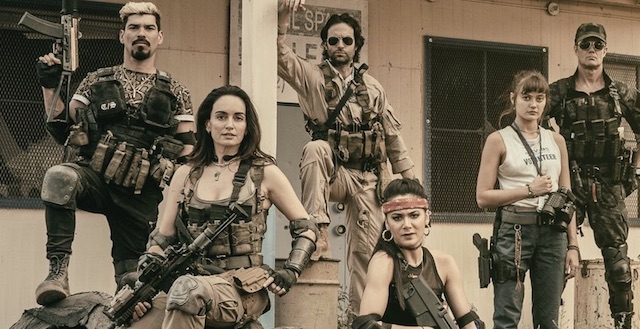 Zack Snyder is getting a lot of attention in the media thanks to the upcoming Snyder cut of ‘Justice League’, but this movie that he has coming out on Netflix in the summer looks way more fun to be honest.

‘Army Of The Dead’ seems as though it’s going to involve a bunch of mercenaries teaming up to break into a zombie filled Las Vegas in order to pull off the ultimate heist and the trailer makes it look as demented and crazy as that short synopsis sounds. The movie stars Dave Bautista, Ella Purnell, Ana de la Reguera, Garret Dillahunt, Raúl Castillo, Omari Hardwick, Hiroyuki Sanada, Tig Notaro, and Matthias Schweighöfer and you can see what it looks like below:

Hitting Netflix on May 21 🍿pic.twitter.com/MivTYt0kW0

That really does look like it’s going to be one hell of a silly adventure doesn’t it? The only problem really is that it’s going to be coming out on May 21st when the lockdown will almost be over and everyone will be sitting in pub beer gardens going absolutely crazy all summer. Should try and push that one up immediately guys, just saying.

For more of the same, check out the first full trailer for ‘The Snyder Cut’. Is it actually going to be good?