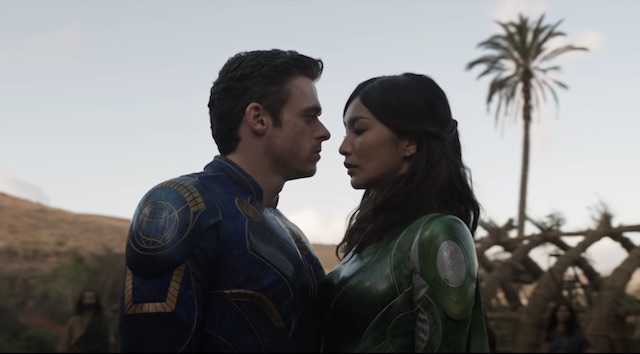 Marvel’s ‘The Eternals’ has been shrouded in secrecy since it was first announced a few years ago with an absolutely stellar cast but today they’ve finally dropped the first trailer that might give us some clues about what it’s all about.

We know that the basic storyline involves the titular superhero group – an immortal race of celestial beings – reuniting to protect humanity from their antagonistic counterparts known as the Deviants. We also know that Kevin Feige and other Marvel executives have been quoted ass saying they can’t believe how amazing the movie is and you can kind of see why on the trailer:

Well that didn’t really tell us anything about what was going on in the plot of the movie but it did look way way more epic than it really had any right to didn’t it? Apparently people are talking about how it might legitimately be an Oscars contender which is crazy to think about when you consider the contempt that the serious film industry looks down up the MCU with. Could ‘Eternals’ be the movie to turn all that around?

For more of the same, check out the first trailer for Shang Chi. That looks pretty badass too, but probably no Oscars.