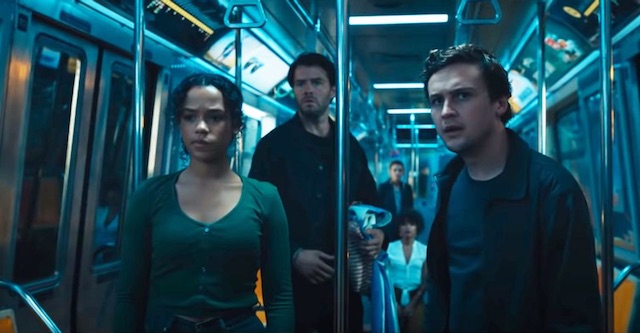 I’m not sure how many people actually watched ‘Escape Room’ when it came out last year – I feel like it kinda fell under the radar – but apparently it made more money than anyone could have imagined so it looks like we’re going to be treated to a new set of deadly game rooms every year for the foreseeable future, much like the ‘Saw’ franchise only slightly more goofy.

The second entry is called ‘Escape Room: Tournament Of Champions’ and is set to be released at the cinema sometime this summer and looks like it’s going to be more of the same dumbass fun. Here’s the trailer and the official synopsis:

Escape Room: Tournament of Champions is the sequel to the box office hit psychological thriller that terrified audiences around the world.

In this instalment, six people unwittingly find themselves locked in another series of escape rooms, slowly uncovering what they have in common to survive…and discovering they’ve all played the game before.

Wow. That looks a lot bigger budget and basically way better than the original. It’s also good to see those two idiots who survived the first one back for this one so there’s going to be some continuity in the series as we find out more and more about the mysterious company that’s behind these sadistic escape rooms. Count me in on July 16th.

For more of the same, check out the trailer for the new Edgar Wright movie. Looks absolutely phenomenal.