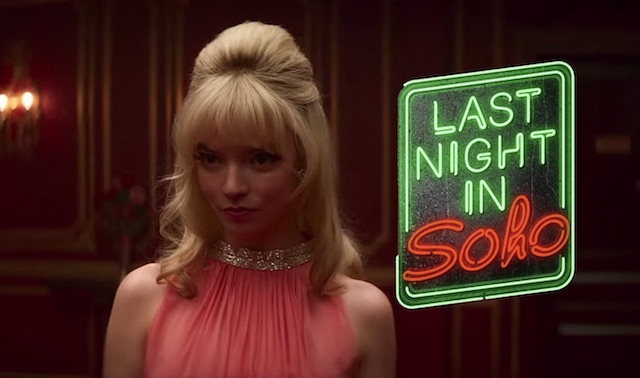 Edgar Wright is probably one of the best directors of the last couple of decades but he’s kinda flown under the radar because everyone thinks that Simon Pegg is the main man behind the ‘Cornetto Trilogy’ – thanks to the success of ‘Baby Driver’ a few years ago though he boosted his reputation a bunch and it looks like this is set to continue with his latest movie ‘Last Night In Soho’.

The trailer is a bit confusing and doesn’t really let on you to what it’s about – although you kinda get the idea – so it’s probably better if you just watch it and see what you make of it, then check out the official synopsis underneath that:

Edgar Wright’s psychological thriller about a young girl, passionate in fashion design, who is mysteriously able to enter the 1960s where she encounters her idol, a dazzling wannabe singer.

But 1960s London is not what it appears, and time seems to fall apart with shady consequences.

That looks really good doesn’t it? Kinda seems like she’s going back in time and then meets the same guy she’s getting with in the past (Matt Willis I presume?) in the future and some kind of crazy shit goes down with some monsters/ghosts and stuff? Anyway, I’m not really sure how it’s gonna play out but it looks like one of the most original and innovative movies of the past couple of years, so I’ll definitely be tuning in when it’s released in the autumn. Gonna be great.

For more of the same, check out this Simon Pegg idea for a sequel to ‘Shaun Of The Dead’. Vampires baby!