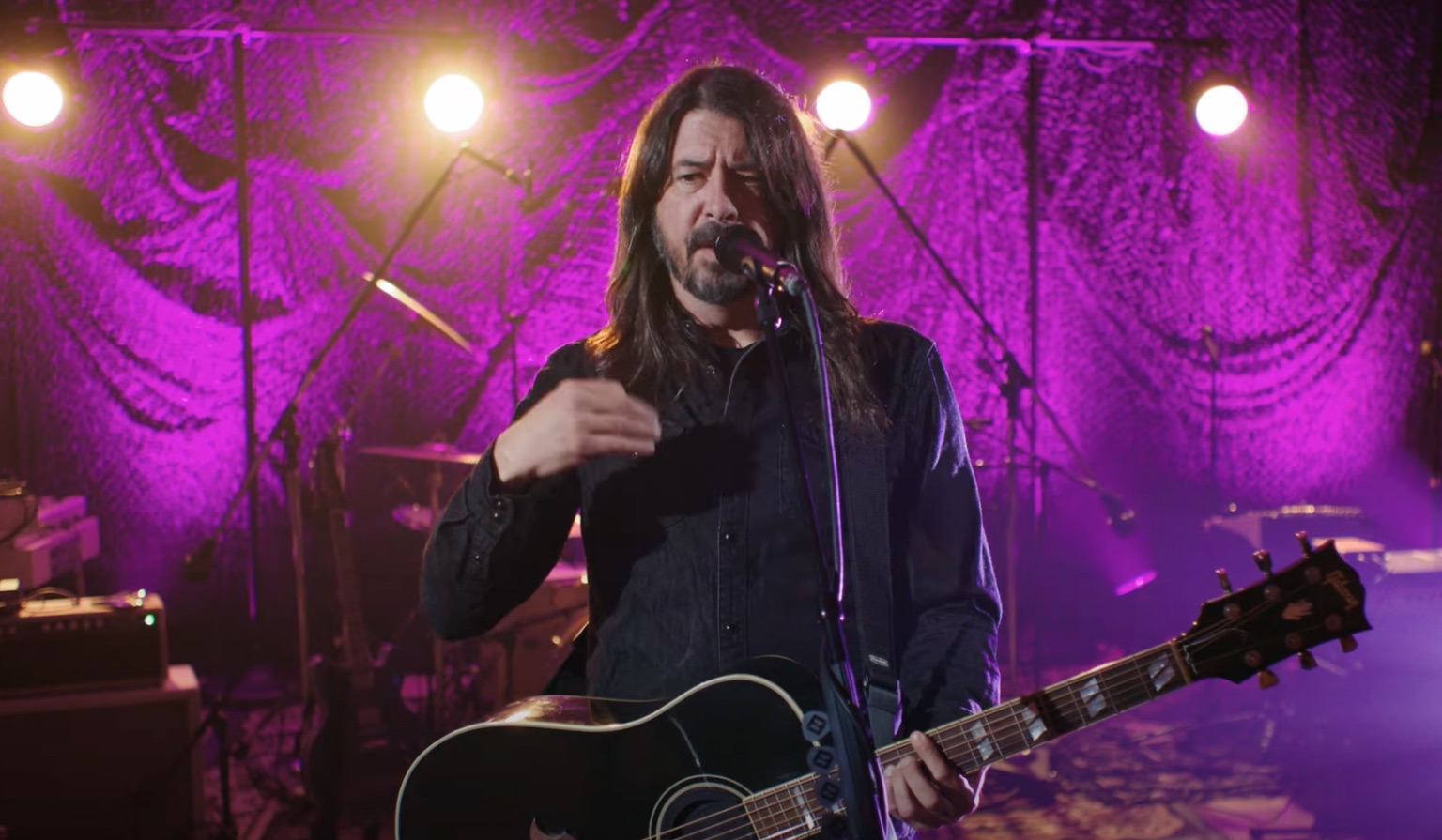 Foo Fighters are one of the greatest rock and roll bands of all time – I don’t think anyone’s denying that – and one of their best songs is clearly ‘Everlong’. I think they’ve been playing it at the end of their sets ever since it came out about 25 years ago.

I’m not sure if Dave Grohl has ever talked much about the process he employed to write the classic banger, but he recently decided to tell everyone exactly how he did it during a recent live acoustic performance of the song. Check it out below:

If you’ve ever been in the studio with a band for a long period of time, and you’re recording multiple songs, there’s a lot of time just sitting around and sort of waiting for something to happen. And in that time, I remember sitting around in  an isolation booth and looking out at the other guys in the band, waiting in between takes to play.

It was at a studio outside of Seattle called called ‘Bear Creek’ or something like that. It was at this weird house and barn outside of town. So I was sitting in the isolation booth waiting to do another take of another song, and I just started playing this chord.

Now I’m not a trained musician, so I don’t know what that chord is, or what you would call it, I can’t read music, I’m not sure. But I was immediately like “ohhh, that kind of sounds like Sonic Youth”. That was the first thing I thought. One of my favorite bands of all time, Sonic Youth, like ‘wow that’s such a cool Sonic Youth chord.’

So I was kind of playing with it and then I was like ‘oh, I could do that as well. what’s that chord?” No clue. I don’t know what it’s called, don’t know anything about guitar. But I realized you could sort of move it around. And so in between takes, I was kind of messing around with this thing, I’d strum around with it. And at the time, I was breaking up with a girl that I had been with for a while. So I was sort of in the middle of this intense emotional period. And for whatever reason, the emotion or the feeling I got when I would play this succession of chords, sort of touched on whatever that emotion was.

So we continued recording and in the meantime, my relationship ended and I was in a very difficult place. I remember it was right around Christmas and I went back to Virginia where I grew up and at this point the song had sort of evolved into.

Now also, not to get to muso-technical or whatever, because I’m not a trained guitar player I actually look at this guitar, this instrument like it’s a drumset. So I look at the lower strings like kicks and snares and I look at the higher strings almost as if they’re cymbals. So the pattern in which I’m strumming, it’s almost like a kick drum pattern.

Because of the emotional place I was in, I started writing the lyrics to this song. And they come from a real place. The song started to come together and I wanted to record it quickly so I didn’t forget it. I had a friend named Jeff Turner in Washington D.C., one of my old Punk Rock friends from the ’80s. He had a studio next to this great bar called The Black Cat on 14th Street. I said “hey, could I come in and just do a demo really quick.’ He said sure, so without having it fully formed I just kind of went in. I put down a drum track, I put down the guitars and the bass, and I sang it into a microphone for the first time. And it did seem to make sense.

The lyric and the melody, at the time where I was emotionally, it all made sense. And I think that that’s what songs should be. They should be something that, not only the tone or the melody or the dynamic of the instrumental but also the lyric match in a way that represents how you feel at that moment.

I recorded the song and I brought it back to the guys. I remember actually I played it for Thurston from Sonic Youth because I was totally afraid I’d ripped off this Sonic Youth song somehow. And I said, ‘listen to this thing I just recorded, listen to this demo I just did.’ He said ‘why is that a demo? Why isn’t that in the album?’ And it just felt so off the cuff and unofficial that I considered it to be a demo. So then we went and we re-recorded it and that’s the song that you hear on the radio today.

And, a side note, I never considered doing it acoustically. I thought it was a Rock song. I think it was maybe the first time we did The Howard Stern show. Howard Stern loved the song. And when you do the Howard Stern show it’s 6 o’clock in the morning and you don’t want to touch an instrument but he asked that I play it acoustically. And so I did, and in a way, it gave the song a whole new rebirth. This was long after it was released. It gave the song a whole new life. Because I think sometimes when I do it this way (acoustically) it really does peel back some of the bells and whistles and the other noise when it’s just the lyric and the guitar and my voice. I think it kind of makes the song feel the way I had always wished it had felt.

That’s a great story isn’t it? Even if you’re not a musician I’m sure you can appreciate how awesome it is to understand and feel the process of writing a banger. Now everyone else just has to go back to the drawing board armed with that knowledge.

For more of the same, check out 25 reasons why Dave Grohl is completely awesome. One of a kind.