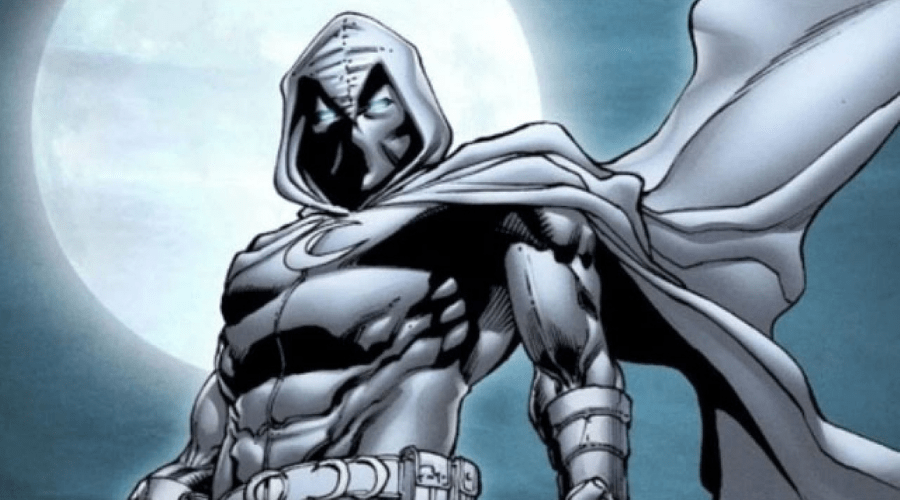 This is almost perfect.

‘Moon Knight’ is one of my favourite Marvel comic book characters so I’m very interested with what Disney+ are going to do with the property, especially considering that they’ve snagged Oscar Isaac in the title role and Ethan Hawke is also set to appear as the as yet unnamed bad guy of the series.

For those of you that are unfamiliar with the character, Moon Knight’s real name is Marc Spector and he was possessed with the spirt of Egyptian God Konshu after he being betrayed by his employer and left for dead after discovering an ancient archaeological dig. He now protects travellers at night as Moon Knight, but the fact that Marc suffers from multiple personality disorder and also appears as millionaire entrepreneur Steven Grant and cab driver Jake Lockey makes things a little bit more complicated and more importantly way darker than your average Marvel title. Sounds pretty good right?

Anyway, ‘Moon Knight’ probably isn’t going to premiere until sometime next year but the first picture of Oscar Isaac in the suit has apparently just dropped and it looks pretty damn awesome if you ask me:

Get a good look before it’s gone! A ‘supposed’ first look at Moon Knight’s costume in the upcoming Disney+ series. ‘Moon Knight’ will be played by Oscar Isaac.

I think that’s pretty much faithful to the character and also has a little bit of crazy chaos energy around it that is perfectly apt for someone like Marc Spector. Hope that it turns out to be the real one and hope we get told the release date pretty soon so I know exactly how long I have to wait for this. If it’s anything like Netflix’s ‘Daredevil’ then it will be 10/10.

For more of the same, check out the first trailer for ‘The Eternals’. Apparently that’s meant to be really great but the trailer really doesn’t make it look all that.