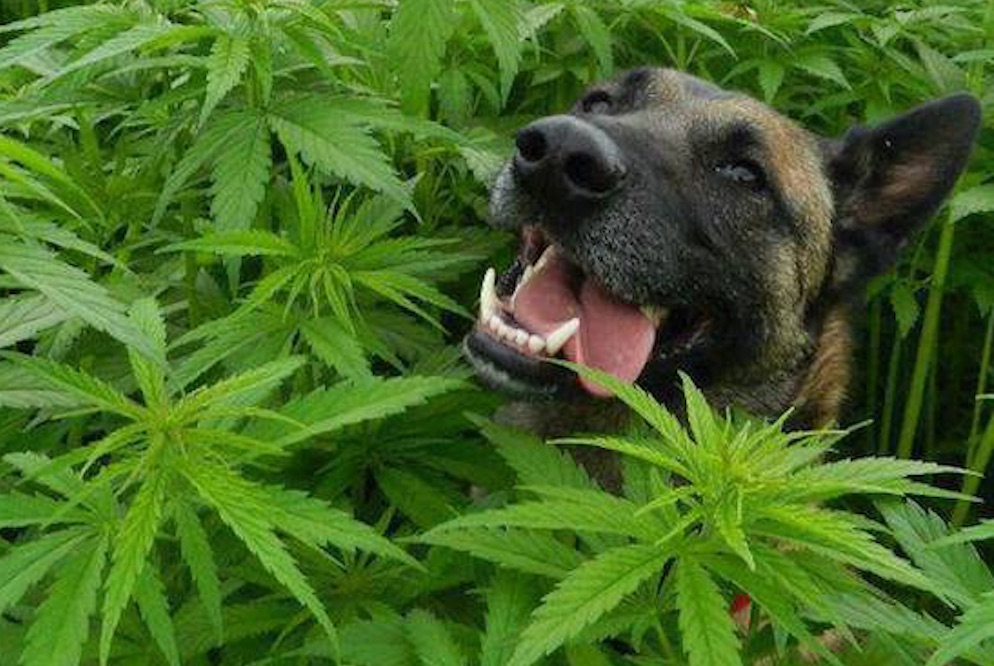 Dogs getting stoned has always been something that has happened and while it is definitely cruel to do something like that deliberately, it’s also kinda funny when it happens by accident and you watch your dog stumble around like he’s whiteying – you know it’s going to wear off eventually and if you look after him he’ll be OK. Kinda like when a buddy has too much to smoke too.

Anyway, apparently over in the states ‘dogs getting stoned’ is on the up due to the legalisation of medical marijuana and the subsequent emergence of edible marijuana products. Obviously if you have a weed infused cookie or cake or coconut oil or whatever lying around, it’s a lot easier for an unsuspecting dog to wolf it down and be none the wiser. This supercut/news report on the subject proves this:

Sweet voiceover dude. And props to the guy doing the interview too because he’s clearly stoned while he’s talking about how he let his dog get stoned and it fucked him up. That’s true class.

If you enjoyed this though, check out another supercut of the same thing.