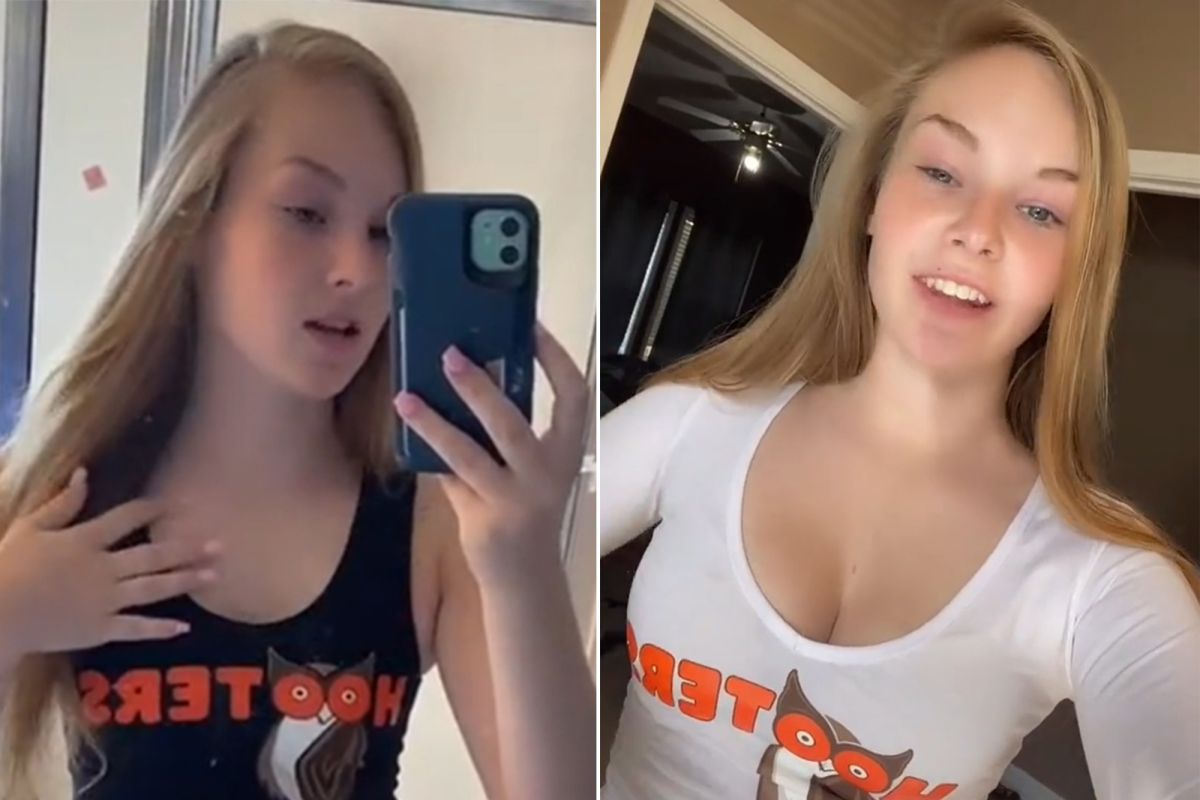 Hooters is one of the most ridiculous places in the world and I can’t believe that it actually exists some of the time – how can so many people go along with the concept, especially in the woke era of 2021? – but it’s still probably one of the most popular restaurants in America.

Of course, we all know that in order to work at Hooters you need to have massive breasts, but this one waitress has revealed a little trick that makes it look like her fairly small boobs are actually huge and enabled her to get a job at the gross little establishment. What a result.

This is actually pretty unbelievable so make sure you pay attention:

@theflathootersgirlAnswer to @becky_rodzc this tutorial was definitely more rushed than my last one bc I’m late for work but hopefully y’all find this helpful! #hooters

Wow. Who knew huh? I guess maybe some women/girls out there already knew how to do stuff like that but I literally had no idea and she looks so different when she’s put all her little tricks in there doesn’t she? Really mind-blowing stuff and no surprise that the TikTok has about 6 million views. Girls can be so devious hey?

For more of the same, check out when the Hooters girls remembered 9/11. That was something else.