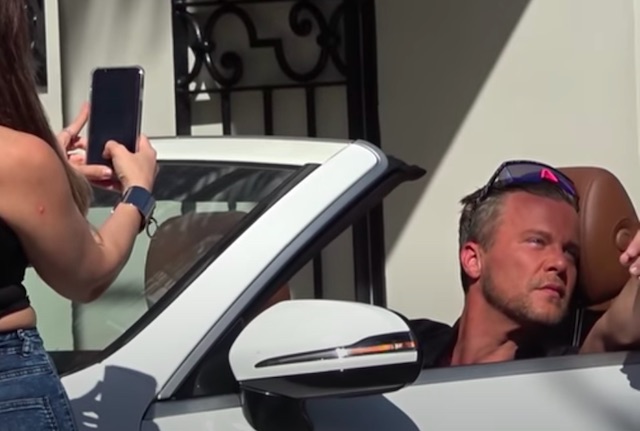 Pretty much everyone out there who isn’t an influencer shits on the influencer lifestyle for being vapid and incredibly self indulgent, but I think that most people are probably just super jealous that these people get to ditz around through their lives putting up Instagram posts every day and getting paid big bucks to promote new swimwear ranges etc – it doesn’t seem like a lot of work if you can get it.

The truth is probably slightly different though as these people have to be constantly switched on to photo opportunities etc and relentlessly planning their next moves day after day with an inordinate amount of pressure placed on each and every post. There’s also the extreme continuation of this idea, where losing a whole bunch of followers or doing something stupid that ends up getting yourself cancelled could easily lead to a severe mental breakdown.

It’s not as easy as it looks basically and this can now be seen thanks to a guy going behind the scenes of that influencer life as he drove around LA and caught them out in the wild doing their thing. The resultant video kinda makes me want to punch a wall but also sorta gives me a bit more respect for just how difficult and annoying this line of work is – even if it looks like a no talent piece of piss from the outside world:

Lol – that is a really funny video, particularly the people that are just doing it on their own with one cameraman/woman. Guess they really believe in themselves/their projects. Kinda wanna think this was all filmed in one day because there are that many of them around, but also reckon that it’s probably realise it was probably at least filmed over the last month.

Favourite person was probably the guy in the life-size Juul costume, like WTF is that? If you’re gonna promote Juul I don’t think the best way to do it is by having a guy in a life size Juul costume ride around on a scooter in LA? Is that really speaking to people out there?

For more of the same, check out this influencer with 1.3 million followers who was exposed for faking Coronavirus. Whoops.