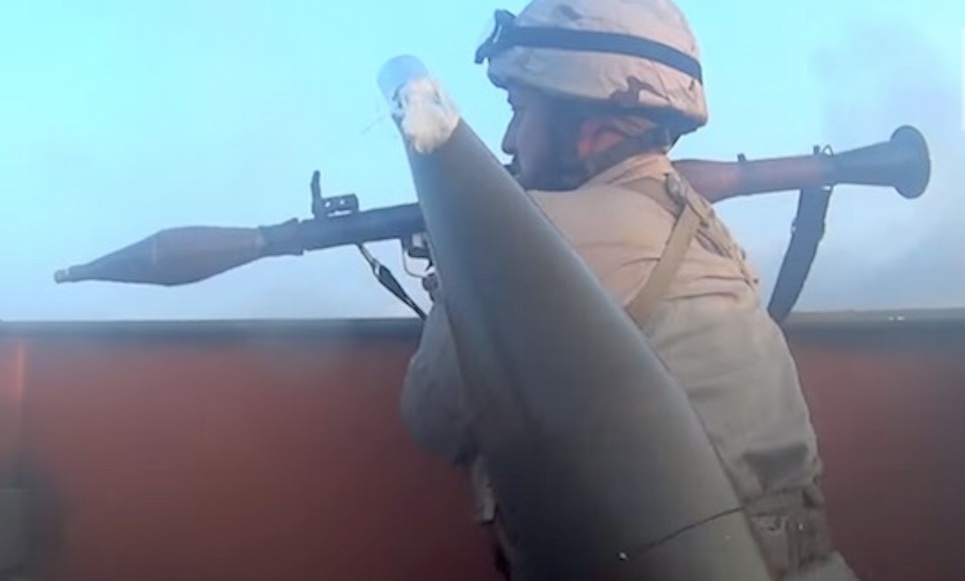 Basically it’s a far cry from an ISIS propaganda video.

Many ISIS propaganda videos show them dominating their opponents and totally kicking ass. Turns out that, as you might have suspected this was complete and utter propaganda bullshit and the reality of life in battle for an ISIS soldier is very very different.

This helmet cam footage of a dead ISIS soldier was obtained somehow by VICE (of course it was) and shows the last minutes of a guy fighting Kurdish peshmerga troops in northern Iraq, about 30 miles out of Iraq. It basically looks like the most unorganised Call Of Duty battle ever, with the ISIS fighters looking shit scared, panicking and retreating before the guy is picked off.

Or it at least it kinda looks like that, I’m not really sure what happens at the end other than he gets shot and it kinda fades out when he’s on the ground. He’s not looking so good though, I know that much.

Yeah, that doesn’t look like they’re kicking ass at all over there does it? Hopefully this is a fair representation of what’s going on over there and coupled with their recent money troubles, it could hopefully spell the end of the organisation.