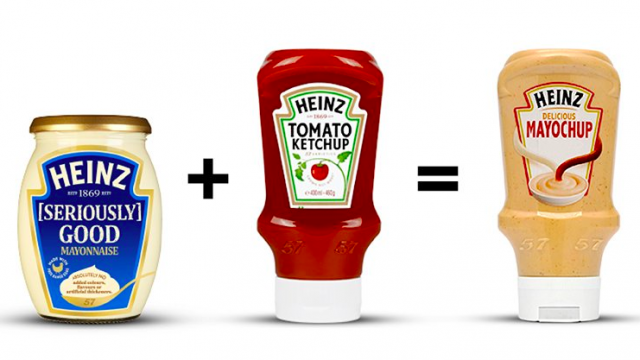 When it comes to condiments, you can’t really go wrong with either mayonnaise or ketchup can you? They’re just too staples of the sauce game that will probably never be usurped in their popularity.

But what about when you combine the two? People have been doing this on the blackmarket for years calling it either ‘fry sauce’ or ‘dip sauce’ and it seems like Heinz have finally cottoned onto this game by releasing what they’re loving terming ‘Mayochup’. Wonder how long it came to come up with that one?

They decided to roll this out via a Twitter vote in the USA that received over a million positive votes and actually led to its release and they’re now doing a similar initiative over here in the UK. They’ve stuck up a poll on Twitter today and 15,000 people have voted but bizarrely 42% of them have voted against it? Not really sure what that’s about but considering it’s continuing for six days and they only need 50,000 positive votes to bring it out, I’m fairly confident we’ll reach that milestone.

A Heinz spokesman said the following:

We are massively excited about the possibility of Mayochup being enjoyed on the nation’s dinner plates, so would encourage everyone to head to our Twitter page to take part in the vote.

Kinda sounds like they’re going to bring it out no matter what and are just using the Twitter poll to drum up publicity for it hey, but I’m not really complaining about that. Excited to see this stuff on the shelves and taste it and find out if it’s as good as me making it in my kitchen at 3am. Doubtful, but I’ll give it a shot.

For more ketchup, check out this fast food worker adding her own special ketchup to the burgers. Rank.