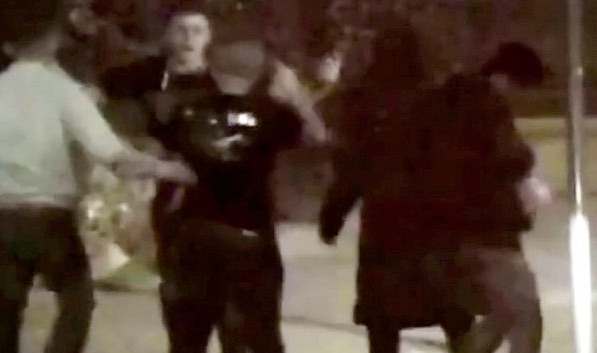 You don’t normally think that if you’re heading on a night out to some shitty club in your local town that you might end up dead at the end of it, but this is sadly what happened to 21 year old student Jack Donoghue after he was attacked with a knife by a random gang of thugs in Solihull last November.

The gang were roaming around Solihull looking to attack potential vulnerable victims after they left clubs and steal their wallets and phones, in between inhaling balloons full of nitrous oxide. Jack bravely tried to fight them off, but ended up getting fatally stabbed in the chest and dying in hospital three hours later.

His family today asked that the CCTV footage of the attack be released to the public to illustrate the horrors of knife crime. It’s a pretty heartbreaking watch, but you can see the footage below:

#JAILED | A killer who stabbed a young man to death as he enjoyed a night out with friends was jailed for life today, as the victim’s family asked us to share video of the attack as a stark warning about the misery that knife crime inflicts. pic.twitter.com/x4q56227Cz

Very sad stuff. RIP Jack and our thoughts go out to his family and friends. Hopefully the verdicts and sentences handed out yesterday will give them some small comfort, but really knife crime and attacks like this just shouldn’t be happening at all.

Sadly it doesn’t seem like it’s going to be eradicated any time soon, although maybe this video will drive home the horror of such actions to some people out there. Small hope.

For more of the same, check out this person pulling a knife on someone when they were arguing about toilet paper earlier this year. Ridiculous.