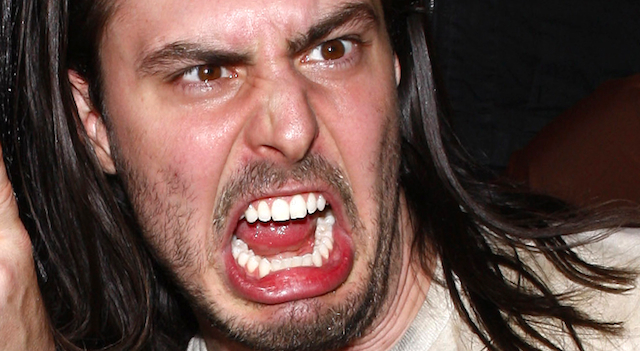 After over ten years in the spotlight, Andrew W.K. is set to release his first book which is unsurprisingly a guide to partying.

Andrew W.K. has been partying in the public eye for over ten years now – be it with his music, motivational speeches or that dumb show ‘Your Friend Andrew W.K., he’s always been around. So it makes perfect sense that he would release a book about partying some time, and that time is now.

Simon & Schuster have announced that Andrew W.K. will publish ‘The Party Bible’ some time in the near future and this will also be accompanied by an audiobook which you can use to soundtrack ‘workouts and long car rides,’ but only those two activities apparently. Andrew W.K. has described the book as an ‘ode to all his party friends’ and the ‘culmination of his entire career as a professional partier.’ He  also claims that it picks up where the Book Of Revelation ended and that everything else that has happened in between is pretty much irrelevant. Sounds pretty much perfect right?

The editor of the book – some dude called Michael Szczerban has elaborated on its content by stating that it will be ‘an unforgettable voyage in search of truth, wisdom, and party bliss.’ He also reckons that in it ‘every feeling will be permitted, every thought will become prophecy, and humanity’s surging life force will be harnessed and ridden into the abyss’ which doesn’t sound like outrageous hyperbole at all and definitely something that Andrew W.K. can convey in a book about partying.

Nevertheless, we’re excited and will definitely be purchasing it when it comes out and throwing a party shortly afterwards using the tips that we’ve learned from the master. A promo video for the book has been released which you can check out below.