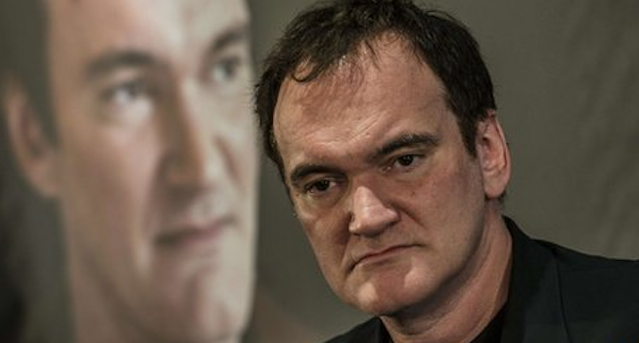 Tarantino got all butthurt earlier this week and cancelled his new movie when the script to it got leaked. Now it’s online so you can see what you’re missing out on.

Even though we didn’t cover it here on Sick Chirpse this week, you might have heard that Quentin Tarantino cancelled his next movie – a western titled ‘The Hateful Eight’ – because his script got leaked, despite the fact he only showed it to about six people.

Although he’s suitably butthurt about the movie – so much so that he’s completely cancelled it – Quentin Tarantino has shrugged it off, saying he’s got ten more ideas where that came from. Ataboy. He’s blaming Michael Madsen’s agent or Bruce Dern’s agent, but nobody has yet claimed responsibility for the leak.

Today the actual script emerged, so if you’re interested in what you might have missed you can check it out. Here’s a short summary though, in case you don’t fancy reading 146 pages of Quentin Tarantino characters talking shit to each other before one of them inevitably shoots another one out of nowhere. Seen one movie, seen them all.

‘The script is an ensemble Western with obvious parts for Madsen and Dern, as well as Tarantino stalwarts like Samuel L. Jackson and Christoph Waltz. Jackson and Madsen would likely both play bounty hunters returning human plunder to a town called Red Rock in exchange for hefty rewards. Their characters, a former major in the Union army and a man named John Ruth, dominate the first two of the script’s five chapters.

They run into a Southerner named Chris Mannix on the road, and three of them, along with their driver – a living prisoner and three dead bounties strapped to the roof – arrive at a haberdashery to take shelter from an oncoming blizzard. Yet the proprietors, Minnie, Sweet Dave and her other colleagues, are nowhere to be found. In their place are four men, a Southern general (likely Dern), an alleged hangman, a Frenchman named Bob and a cowboy named Joe Gage.

Interestingly, the film was said to take place in only two locations – the haberdashery and the stagecoach – and features five acts: ‘Last Stage To Red Rock,’ ‘Son Of A Gun,’ ‘Minnie’s,’ ”The Four Passengers’ and ‘Black Night, White Hell’. Head on over to the next page to read the first act ‘Last Stage To Red Rock’ and whet your appetite, and then if you like download the entire PDF document at the end of the article.