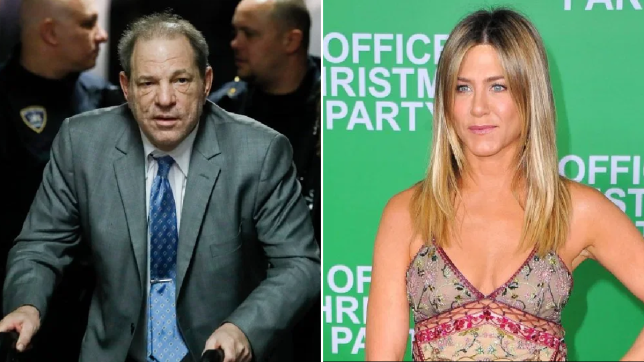 Harvey Weinstein may have been found guilty of two out of five counts of rape and sexual assault, but it seems like this is only going too e the start of all the gross and disgusting things that we’re going to be hearing about the guy in the coming weeks and years.

The first horrible story comes courtesy of Variety magazine, who have uncovered some emails from Weinstein regarding Jennifer Aniston and the 2005 premiere of her and Clive Owen’s movie ‘Derailed’. At the height of the #MeToo movement in October 2017, a reporter questioned Weinstein about allegations that he groped Aniston during the event, to which he replied:

Jen Aniston should be killed.

Yikes. This is even more interesting because a rep for Aniston insisted that Weinstein never groped or sexually assaulted her or anything like that, saying the following at the time (October 2017 that is):

He never got close enough to her to touch her.

She has never been alone with him.

We have no idea about the email, since it wasn’t sent to us, nor do we have any comment to make on it. 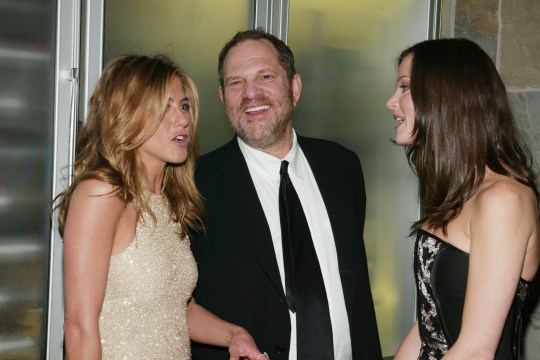 Diplomatic of them hey? Aniston did actually come forward and recall her own version of events at the ‘Derailed’ premiere as well that don’t exactly paint Harvey in the best light – although there’s no evidence of sexual assault whatsoever:

I remember I was sitting at the dinner table with Clive [Owen], and our producers and a friend of mine was sitting with me.

And he literally came to the table and said to my friend: “Get up!”

And so my friend got up and moved and Harvey sat down.

It was just such a level of gross entitlement and piggish behaviour.

I mean that sounds like Harvey Weinstein doesn’t it, but just because he’s a pig doesn’t mean he’s a rapist. At least in that case, as we all know that he is now – his sentence is up today so that’s something to look forward to as well.

For more of the same, check out this woman saying Weinstein has no testicles and appears to have a vagina. Lol.