Harry, Ron and Hermione take to the screen for their final fling, but will the film live up to the hype? 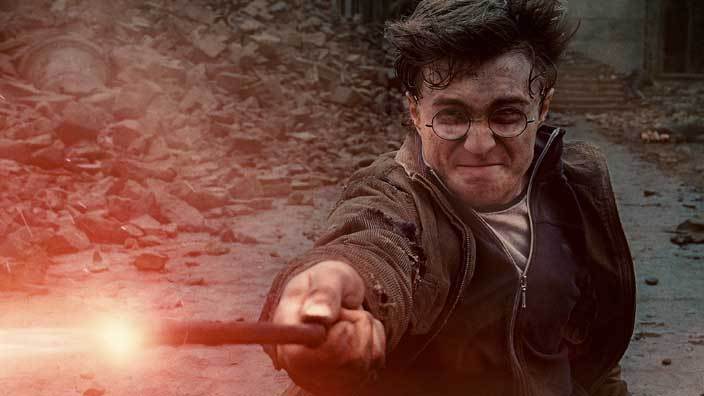 N.B This review contains spoilers about the film’s plot. If you are not familiar with the story (In which case you probably live under a rock and won’t be reading this anyway) then please continue at your own discretion.

As Jim Morrison famously proclaimed all those years ago, “this is the end”. Over the last ten years we have seen Harry Potter through his time at Hogwarts, discovering that he is a Wizard, learning to play Quidditch, sharing his first kiss and learning that he is the only hope for salvation against the growing power of the Dark Lord Voldemort. We have seen Daniel Radcliffe progress from specky child to leading man, and Emma Watson develop from plain little girl to total bombshell. Now in 2011 Harry Potter and the Deathy Hallows Part II sees the boy who lived take to the screen for the final time, to face off with Voldemort once and for all. 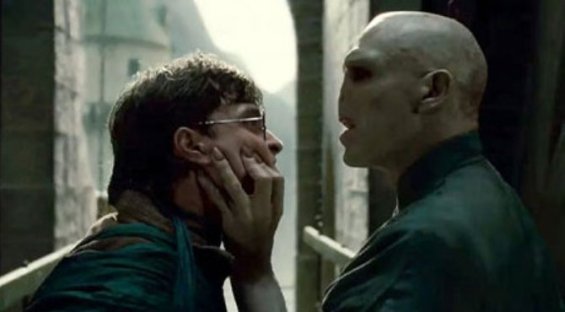 "Geez a kiss"- Harry and Voldemort finally have their showdown

The final installment in the Harry Potter series has the advantage of having been split in two following last year’s Part I. This means that no time is wasted in setting the stage and just a few minutes into the film Harry, Ron and Hermione are off to Gringotts, the Wizarding community’s bank, in order to find another Horcrux, a piece of Lord Voldemort’s soul that must be destroyed in order to see to his final demise. A bank heist and a dragon-back escape soon follow and it is not long before our heroes return to Hogwarts to find the final Horcrux and face off with Voldemort’s forces in the much anticipated battle of Hogwarts.

When writing about something of which one is a fan it is important to remain professional, so I will begin simply by saying that Harry Potter and the Deathly Hallows Part II is fvcking brilliant. Everyone involved has pulled out all the stops to ensure that the final installment of the 21st century’s most successful film franchise is also its crowning achievement. The CGI has improved ten-fold; the aforementioned escape from Grigotts standing as a particular highlight. The battle of Hogwarts was always going to involve the most intense, gritty and emotional scenes of the series and it doesn’t disappoint even for a second.

Like many things in the Harry Potter Universe the battle clearly aspires to Lord of the Rings, particularly the iconic battle of Helms Deep from The Two Towers and you know what? It’s up there. Everything comes together perfectly to create a penetrating tension in the build up to the showdown. From the effects to the music to the scene stealing cameos from some series favourites such as the at times underused Matthew Lewis as Neville Longbottom and the brilliant Maggie Smith, whose Professor McGonagall damn near steals the whole show following a showdown with Snape. Ralphe Fiennes is in top for too, given more screen time than ever to ham it up as Lord Voldemort he does so with gusto, making the Dark Lord disturbing, genuinely scary and purely, violently evil.

However huge and talented the supporting cast may be, the success or failure of the whole film, and of the franchise, was always going to rely on Daniel Radcliffe, Rupert Grint and Emma Watson. Once again they deliver, portraying not only a genuine friendship which has developed over the years, but a vast improvement on acting levels which have also developed over the years. Radcliffe in particular, who is sometimes maligned for his portrayal of Harry, gives a performance of exceptional maturity; low on theatrical bravado but full of emotion, showing Harry’s fear, his love and his anger with equal precision. 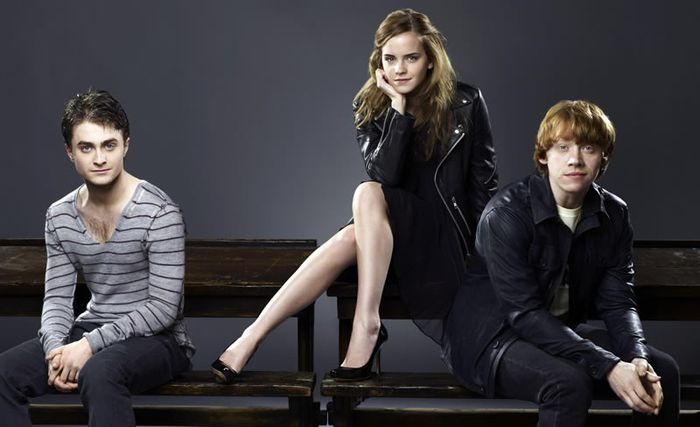 Best of friends- Radcliffe, Watson and Grint have grown up with the franchise

As well as being an effects heavy spectacle there is a lot of great cinematic moments in the film, and it is credit to director David Yates for allowing some of his own artistic expression to shine through in a franchise such as this. His directorial class is evident in several moments, no more so than in the scene explaining Snape’s motivations. Arguably the best passage of writing from the books, the scene is handled equally well in the film, acting as a terrific through-line for the whole series while providing a platform for Yates’ considered, intimate style and Alan Rickman’s best acting of all the films. 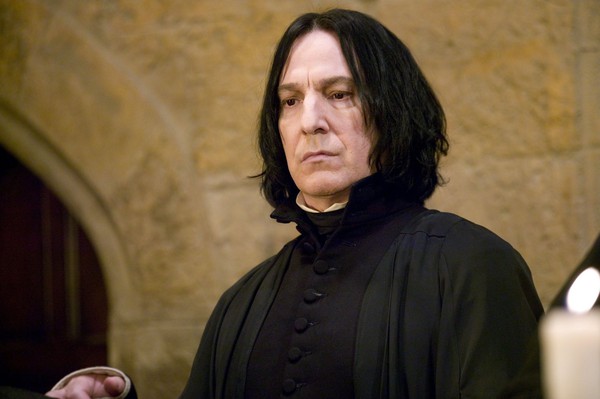 Harry Potter and the Deathly Hallows Part II is not perfect, of course not. There is little to complain about but being a cynical prick I’ll give it a bash; considering that the film contains the words THE DEATHLY HALLOWS it might have been prudent to explain that the reason Harry is able to survive the killing blow of Voldemort is because he is in possession of THE DEATHLY HALLOWS. It is assumed that everyone knows this, but some may not, and even so the fact that the majority of the audience knows the source material is no excuse for lazy storytelling and in the end as far as the films are concerned there was no reason in particular for the Deathly Hallows to have even been mentioned.

But this is unimportant at the end of the day as what Harry Potter and the Deathly Hallows Part II reminds us of is how magical cinema can be on the odd occasions when the Hollywood juggernaut gets it right, when a huge and successful franchise is permitted to have heart and a brain. Whether you are acutely aware of the intricacies of the story is pretty much irrelevant, what Harry Potter is really about is growing up, leaving childhood behind. Witnessing the walls of Hogwarts crumble to the ground serves as a poignant reminder of this fact to those of us who have grown up with these characters, but while the Harry Potter franchise may have had its ups and downs, it ends on a supreme high and ensures that these eight films will continue to enchant for generations to come.