A self-proclaimed ‘vampire goth’ who calls herself Vampyryn has undergone an extreme makeover to tranform herself into a basic Instagram Model, and the change is so radical that her own sister initially didn’t recognise her.

From Vampyryn the vampire to Aryn the barbie doll, it’s a complete fully body, head to toe redesign of her entire look:

Wowzers! Get a load of that transformation: 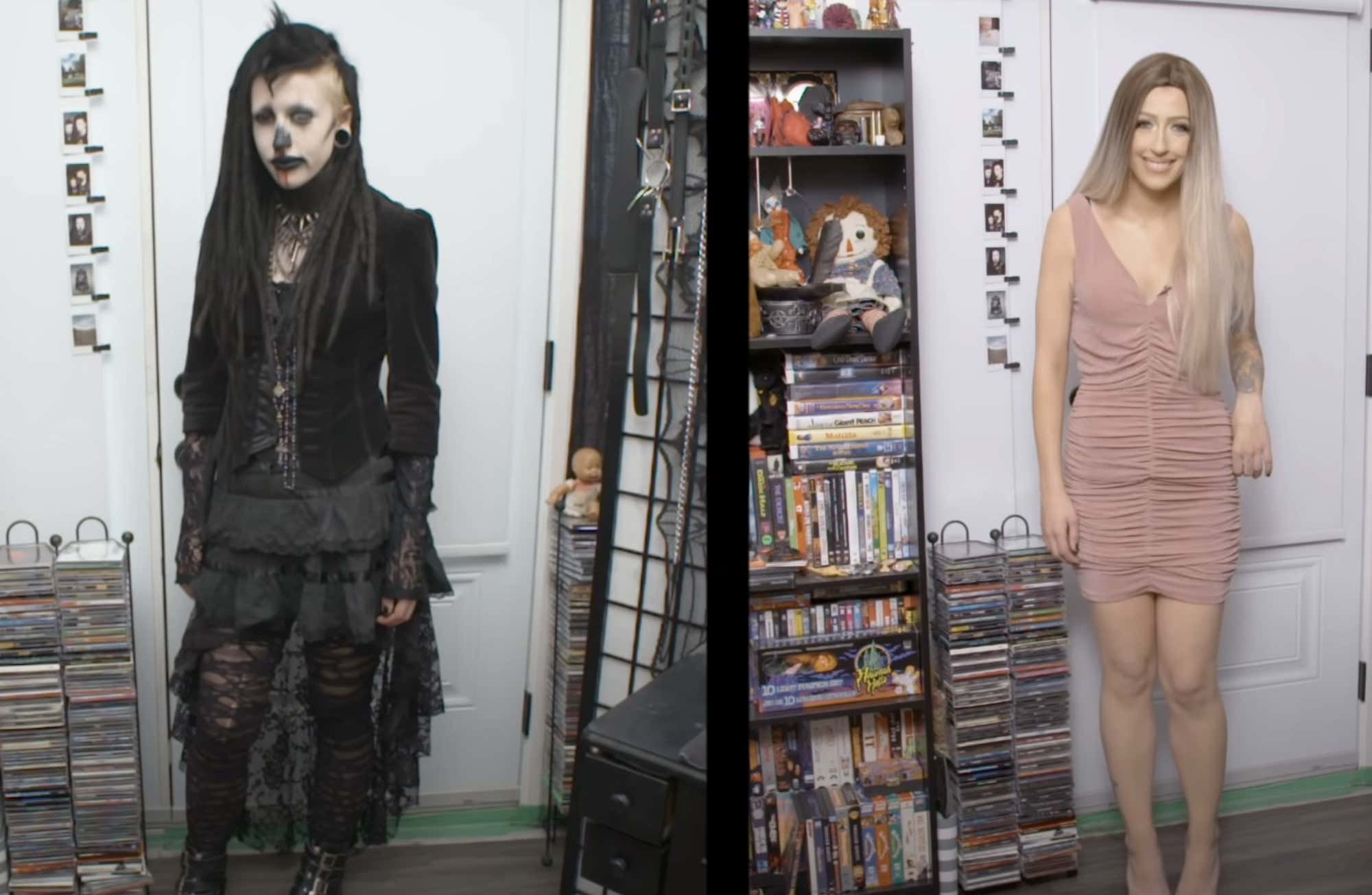 Her boyfriend seemed over the moon with it: 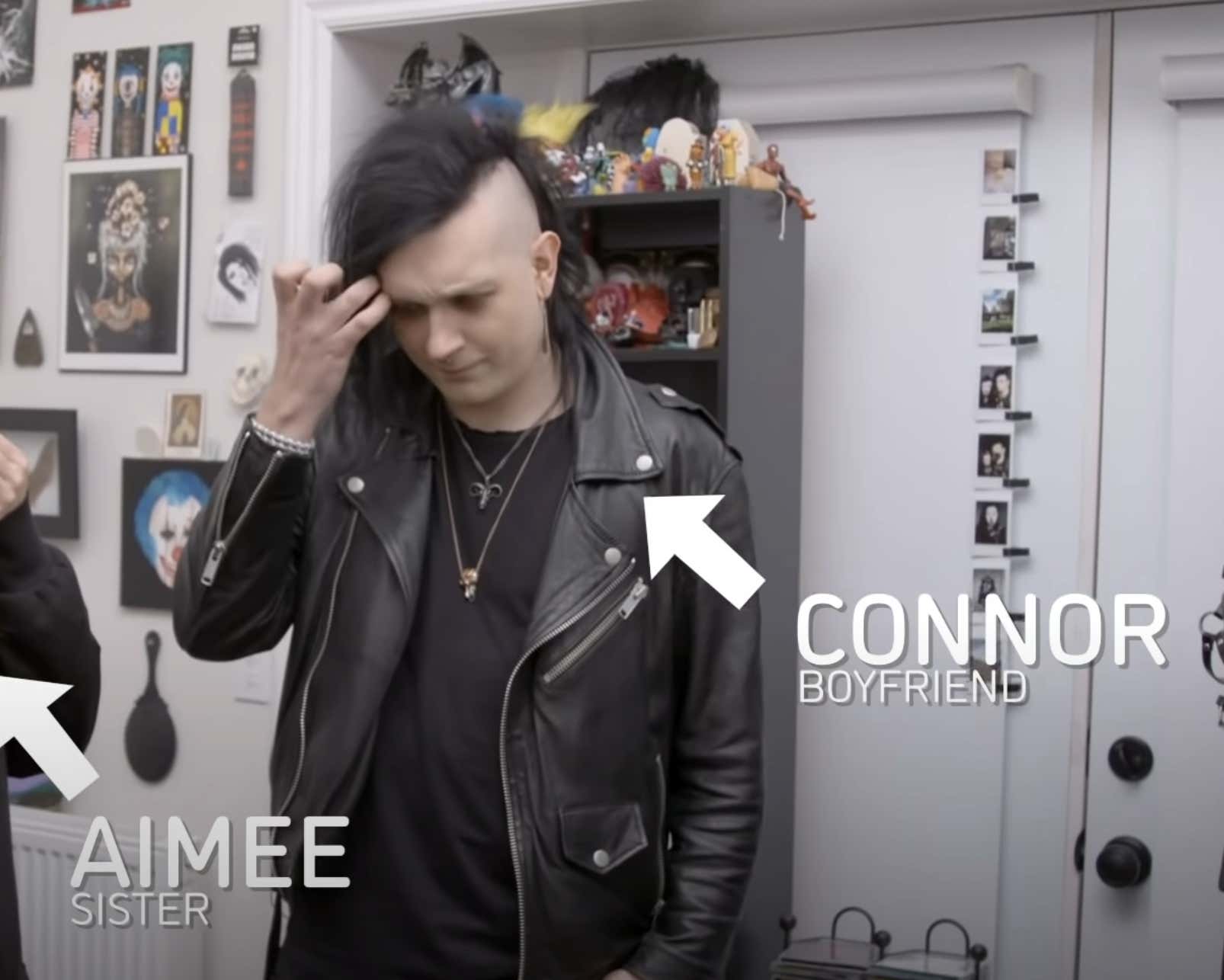 Understandable really. I mean come on, the guy is used to waking up in the morning, turning over and seeing this beautiful mug staring back at him lovingly: 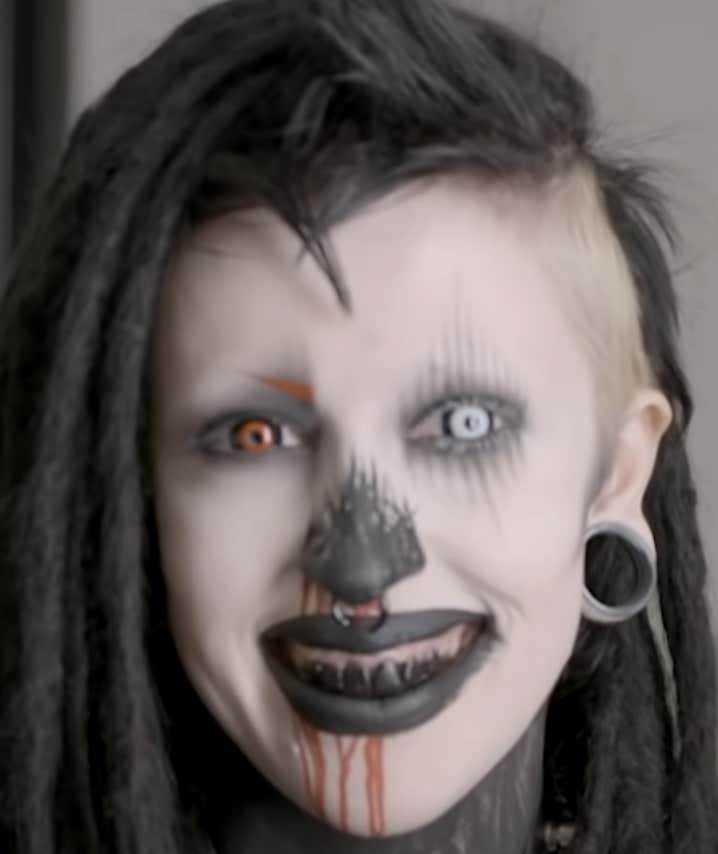 Now he’s gotta wake up to a blonde-wigged, fake-tanned, dual-eyebrowed Instagram model type each morning? Gross! Surely this will be a massive test for whether Connor truly loves Aryn or just wants her for her sexy, spooky aesthetic and insane vampire sex they probably get down to.

Yeah OK his type may be ‘vampire goths’ but maybe he can set his disappointment aside for a while and be accepting of the love of his life’s new look. Which is definitely only temporary, from the looks of it. Although whatever look you prefer, nothing’s gonna change the state of that earlobe. Yikes!

To meet the Blackburn vampire who spends his days drinking blood and sleeping in a coffin, click HERE. Whatever floats your boat eh?