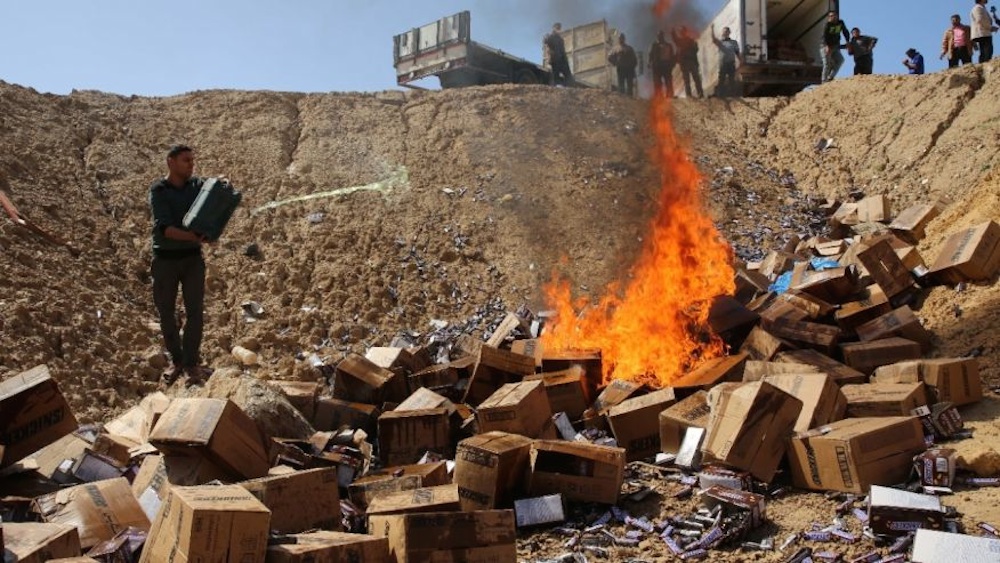 What a damn waste.

Over in Gaza, Islamic Hamas authorities have burned 15 tonnes worth of Snickers bars after they were recalled by Mars.

The recall was ordered after a small piece of red plastic was found in one of the bars being sent out from their factory in the Netherlands. Naturally, Hamas thought that the best thing to do in this situation was to throw all the boxes into a crater, douse them in gasoline and set them all on fire in a massive inferno. I guess that makes sense?!

Apparently three children from a nearby were able to steal a couple of boxes of chocolate before they were set ablaze, but as you can see from the video above, the vast majority of it was burned away into a gooey mess. I know there was a product recall on it because of this stupid bit of red plastic, but surely they could have used some of these to feed people in the country rather than just burning them all?

If you were worried that the people of Gaza might not be getting Snickers for a while though, then you needn’t. Although Israel do place tight restrictions on all imports into the region since Hamas obtained control of it in 2007, chocolate is exempt from this and so they should be getting more Snickers over there soon. Phew.