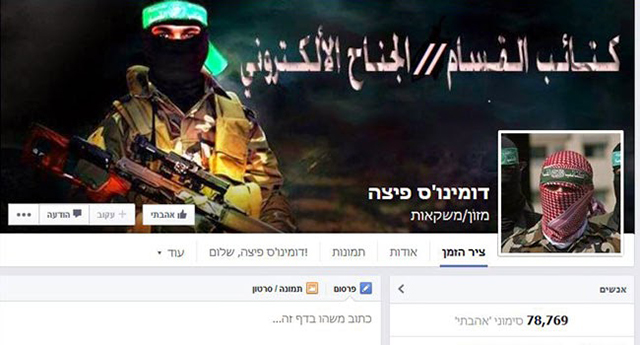 If you want to cripple an entire nation from within you need to take the war online.

Now this is what it means to be at war in 2014. You don’t just fight in the air and on the ground; you want to win the hearts and minds of the people and cripple an entire nation from within you need to take the war online, which is exactly what Hamas did for a few hours yesterday when they hacked into and took over the Israeli Domino’s Pizza Facebook page.

The posts have since been deleted, but while in control the Hamas hackers fired off statuses such as:

Today will strike deep in Israel, Tel Aviv, Haifa, Jerusalem, Ashkelon, Ashdod more than 2000 rockets. We’ll start at 7. Counting back towards the end of Israel… be warned!

Hey, please reserve a missile for me with jalapenos, green olives, extra cheese, and mushrooms. You have my address. Tell the delivery boy to activate the alarm when it is arriving, so I know to put my pants on.

The hackers also uploaded this photo of Israelis sheltering from rockets in a sewer pipe alongside the caption “The right place for every Israeli — the sewer pipe, hahaha!” 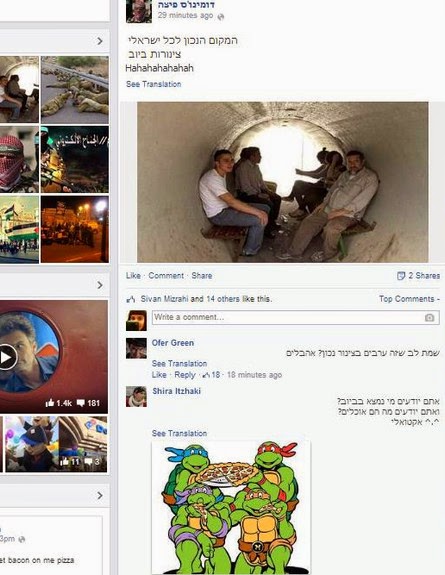 Another joker replied underneath: “You know who lives in the sewers and what they eat?” alongside a picture of the Teenage Mutant Ninja Turtles munching on pizza.

After Domino’s took back the page, they posted this photo: 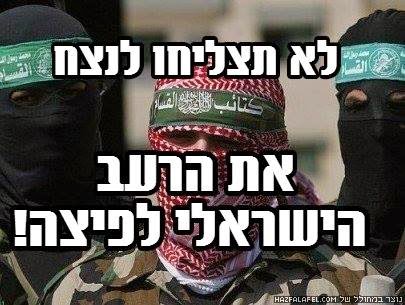 The words say: “You cannot defeat the Israeli hunger for pizza!”

Control a country’s Domino’s Pizza Facebook page and you’ve got them right where you want them. Honestly surprised Israel is still standing right now.