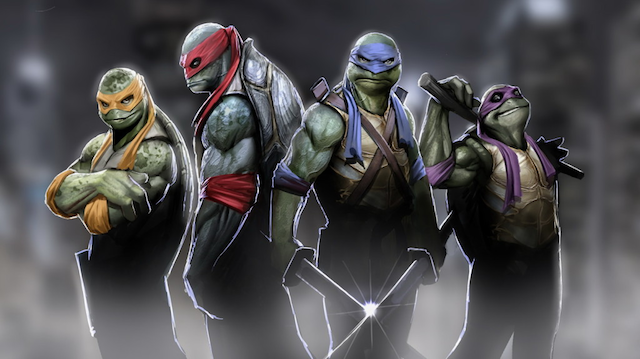 Normally Michael Bay completely turns me off, but this actually looks like it’s going to be completely sick.

We featured the new costumes for Michael Bay’s Teenage Mutant Ninja Turtles movie on Sick Chirpse a couple of months ago, but Michael Bay threatened to sue us unless we took them down (lol) so they were gone pretty quickly.

The first trailer has dropped now so we can all enjoy it together, legally, with the rest of the world and I’ve got to admit it does look pretty sick. Normally I hate Michael Bay movies but there’s something about this – probably the fact that I grew up with these guys and loved them – that just makes me want to go and see it the day it comes out.

The fact that Agent Mahone from Prison Break shows up in it just makes it look even better. It’s going to be interesting to see how they juxtapose the seemingly serious modern crime ridden take on the story (as evidenced in the first half of the trailer) with the fact that the saviours are Teenage Mutant Ninja Turtles but hopefully they can pull off a Batman and this will actually be good and somewhat relevant in 2014.

I’m not confident because it’s Michael Bay but I sure am hoping.