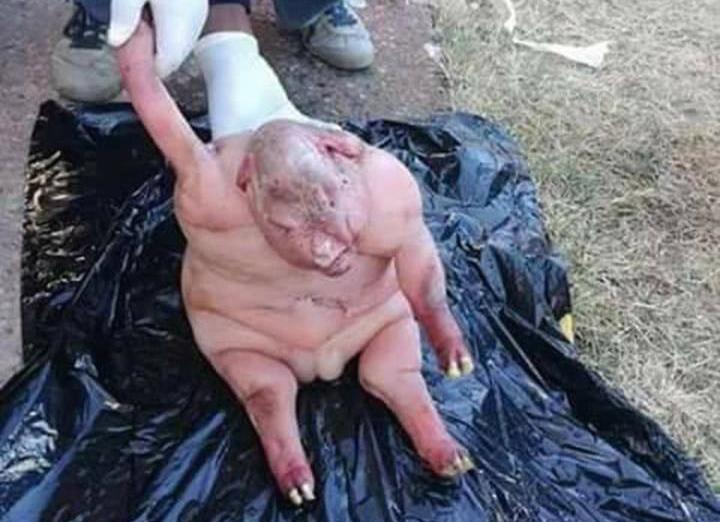 Kill it with fire.

Villagers over in Lady Frere, South Africa were left in a state of shock recently when a sheep gave birth to what looks like a half human/half lamb creature, which they are convinced is a result of bestiality and witchcraft.

It’s far more likely that this is a result of farming methods and deformity, but I guess everyone’s entitled to their opinion. 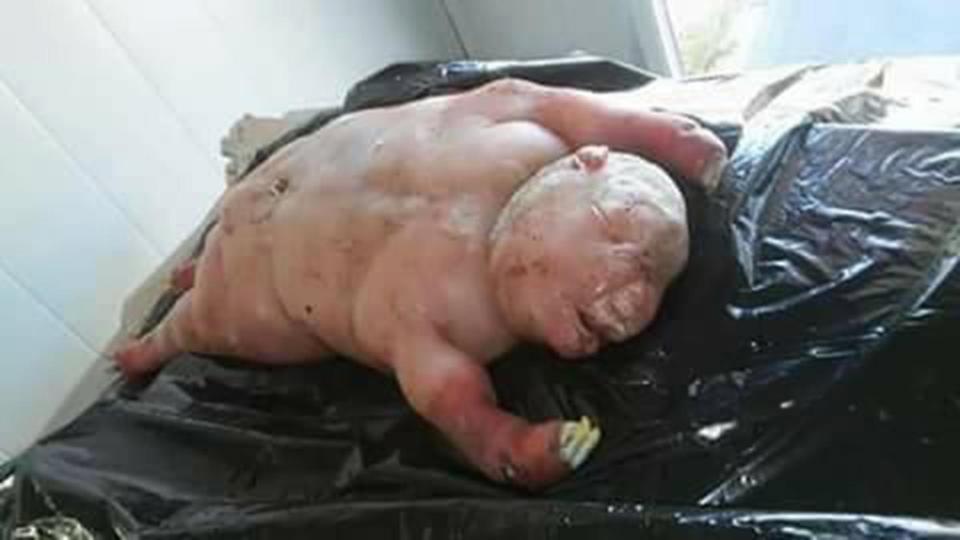 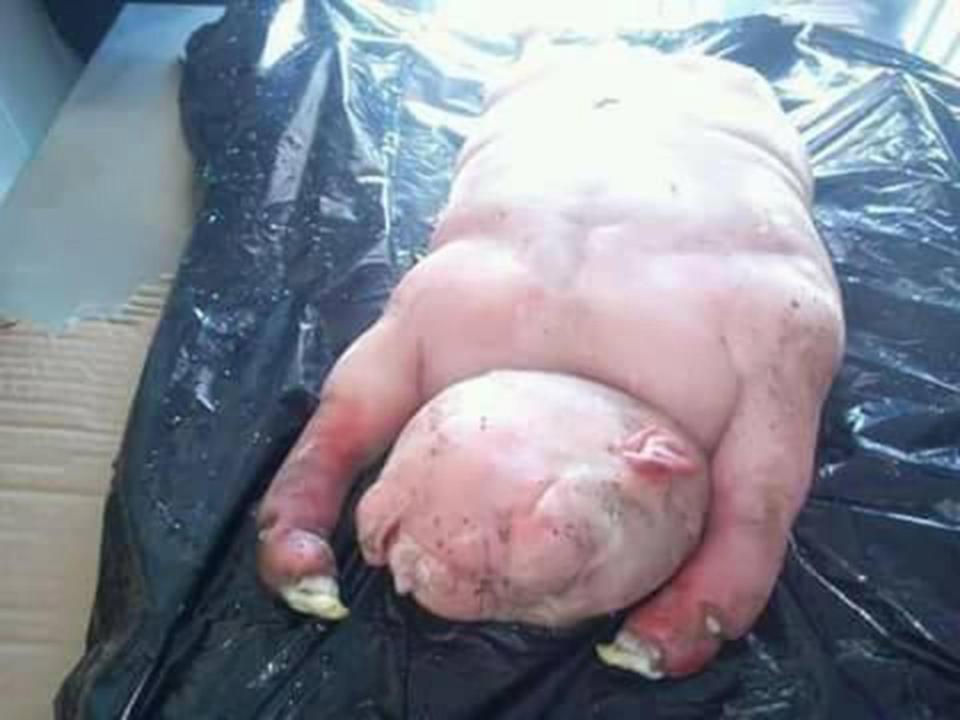 People were allegedly so worried that someone had been slipping their sheep the D that the Eastern Cape Department of Rural Development even sent over experts to carry out tests. Following this, Chief Director of Veterinary Services Dr Lubabalo Mrwebi said:

We can confirm this not a hoax photo but that the severely deformed lamb was born by a sheep in Lady Frere this week which at a glance resembles a human form.

It is not however human but a deformed stillborn lamb sired by a sheep and was subsequently infected by a Rift Valley Fever at an early stage of its pregnancy.

It is worth noting that a sheep has 28 pairs of chromosomes while humans have 23 pairs which is important in dispelling the myth that a union of a sheep ovum and a human sperm can lead to a development of a viable life form.

The deformed lamb exhibits signs that are consistent with an early foetal development that went wrong as a result of a viral infection and nothing more. 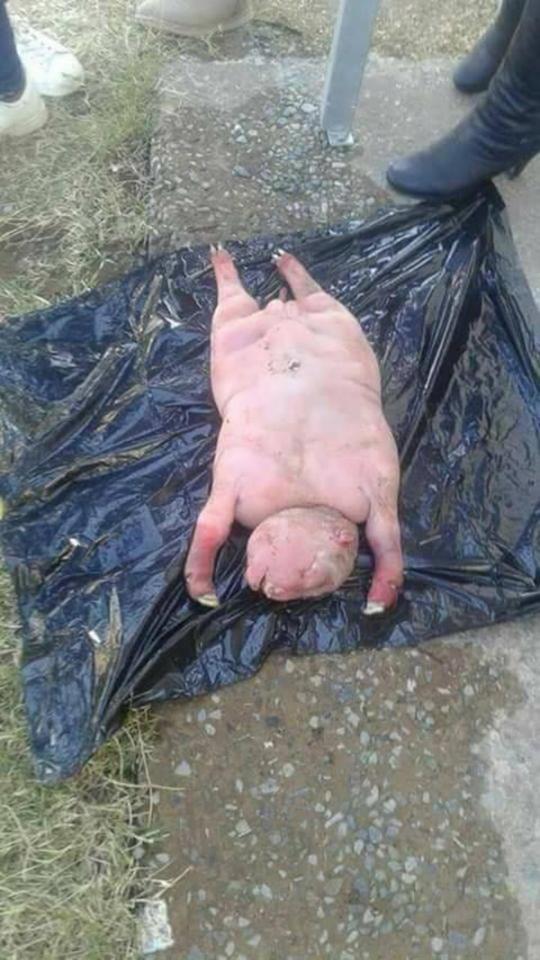 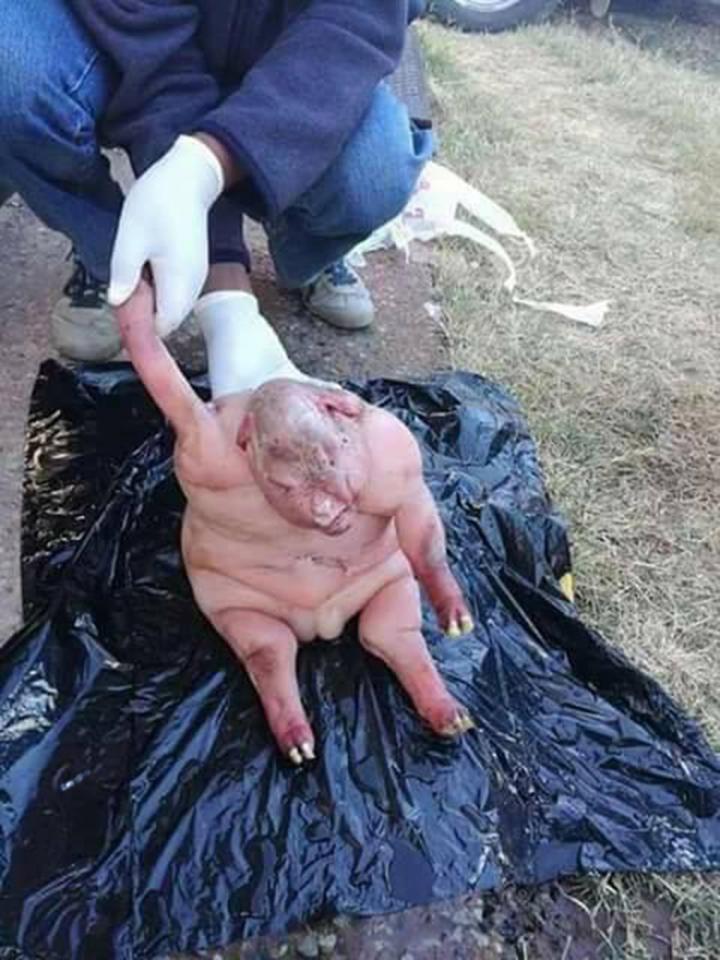 Apparently the department is now having to create a report of the results from their tests in order to calm everyone the fuck down. One villager was even quoted saying:

The elders when they saw it said it was sent by the devil and was born after a coupling between a man and a sheep and then there was panic.

Many people are afraid and will not be happy until it is burned. 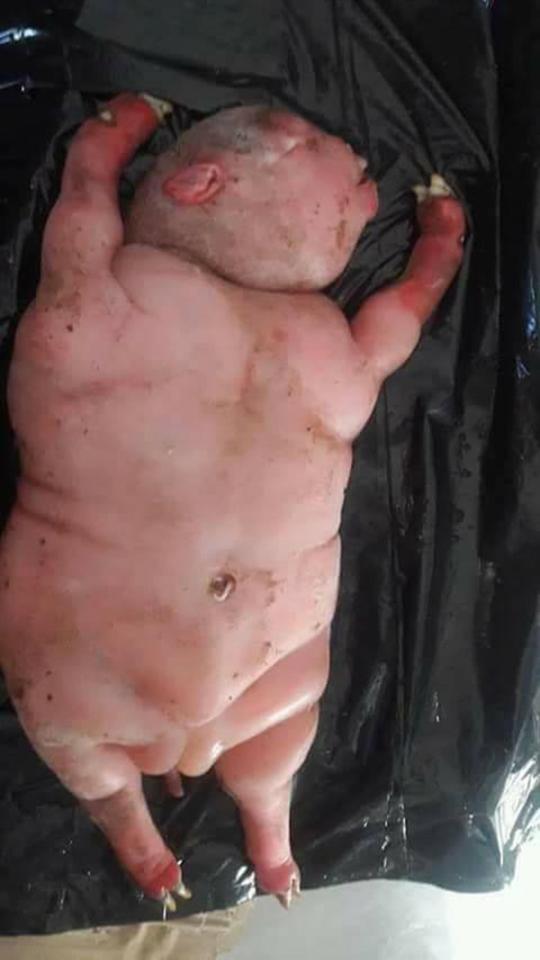 Are people really that dumb? Obviously it’s not possible for a man and a sheep to make a baby and don’t even get me started on the whole devil stuff. Hopefully the post-mortem results will put the whole thing to rest and the town can stop worrying that they’ve got a satanic sheep shagger amongst them.

For more weird animal hybrids, check out this half human/half cow creature. And no, that was not a result of bestiality either.