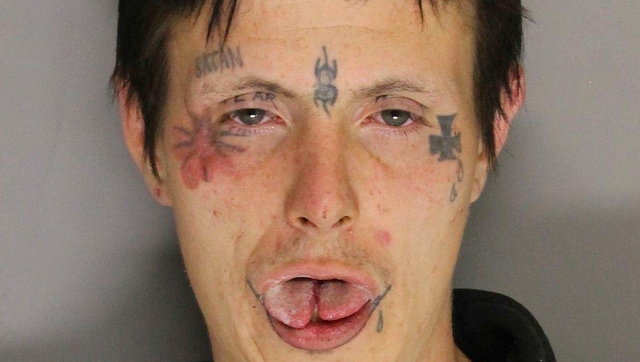 Is it really that surprising that a guy who looks like this is probably a murderer?

It isn’t really that surprising that a guy who has 666 tattooed upside down on his neck, Satan tattooed above his eye and a surgically split tongue has been accused of murder is it, and this is exactly what has happened in the town of Lancaster in South Carolina. I wonder how they drew up a shortlist of suspects?

The dude is called David Adam Pate and he’s only 24 years old, despite looking like he’s in his late 30s in his mugshot. He’s been accused of murdering a 33 year old man called Ricky James in October. Police have determined that Pate led James into the forest at this point, murdered him and then covered up his body in the bush. No motive has been forthcoming at the this time but chances are it was probably something to do with Satan.

James’ body was discovered last weekend by some children playing in the woods, and the police immediately began to suspect Pate, probably because he was the only creepy resident weirdo who might be capable of doing something like that. They had to wait for lab tests to prove that he was involved though and so could only arrest and charge him with this crime the past weekend.

Fortunately for the police they didn’t have to look hard for him though because he was already in jail – he had been arrested for disorderly conduct a couple of weeks ago and had been hanging out in jail since then, which is probably a good thing because there is no way I would want to see this guy walking around my town. I mean look at the guy: 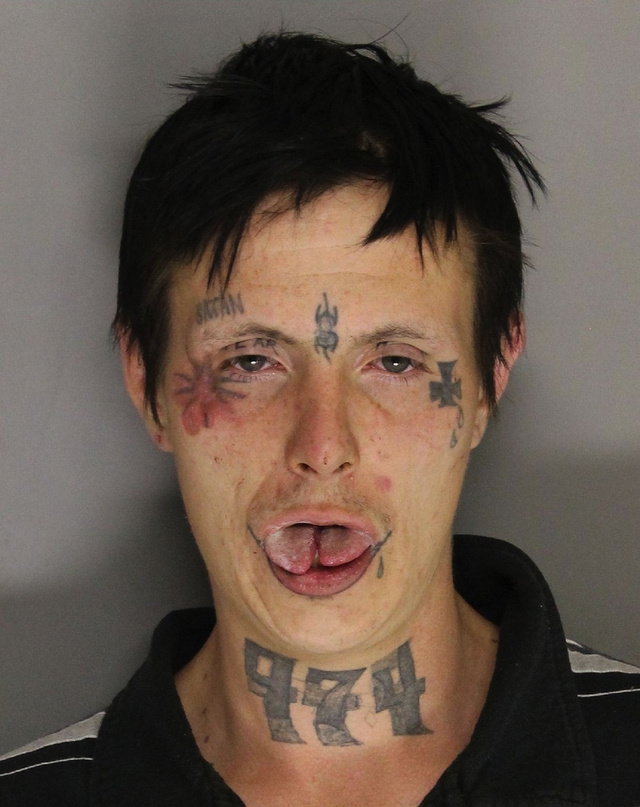