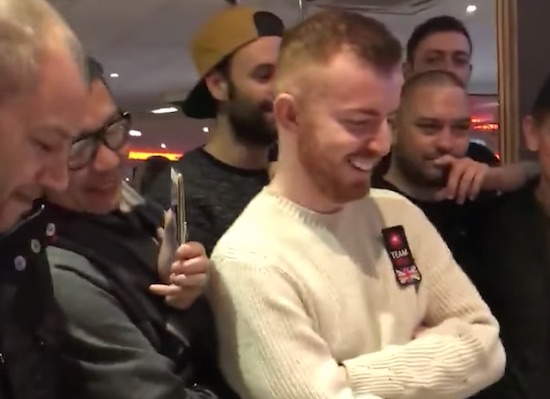 Living life on the edge.

They say that there’s no bigger rush than gambling big and winning big, and the guy in the video below put this to the test with an absolutely outrageous bet – only moments after he had won a big poker tournament.

Jake Cody had just won the UK Poker Championships at the From Dusk Till Dawn casino in Nottingham and scooped the £42,670 grand prize. Clearly still feeling lucky, he marched straight to the nearest roulette table with his prize and whacked it all on black. A 50/50 chance to double his winnings – how do you think this played out?

Yeah, that’s right, of course he won. I mean we probably wouldn’t be writing about it and sharing the video if he hadn’t have won as nobody wants to see someone lose £40,000, even if they have been a smug dick about it.

You can bet that if you or I had done this then we would have lost all our money immediately though, right? I guess that’s why we’re not professional gamblers though and why we don’t live our lives on the edge. Tell yourself that for every high like this there are hundreds of lows and maybe it’ll make you feel about this guy earning more than you do in a year with the roll of the roulette wheel.

For more of the same, check out this guy pulling off an even bigger victory. Some people have all the luck.