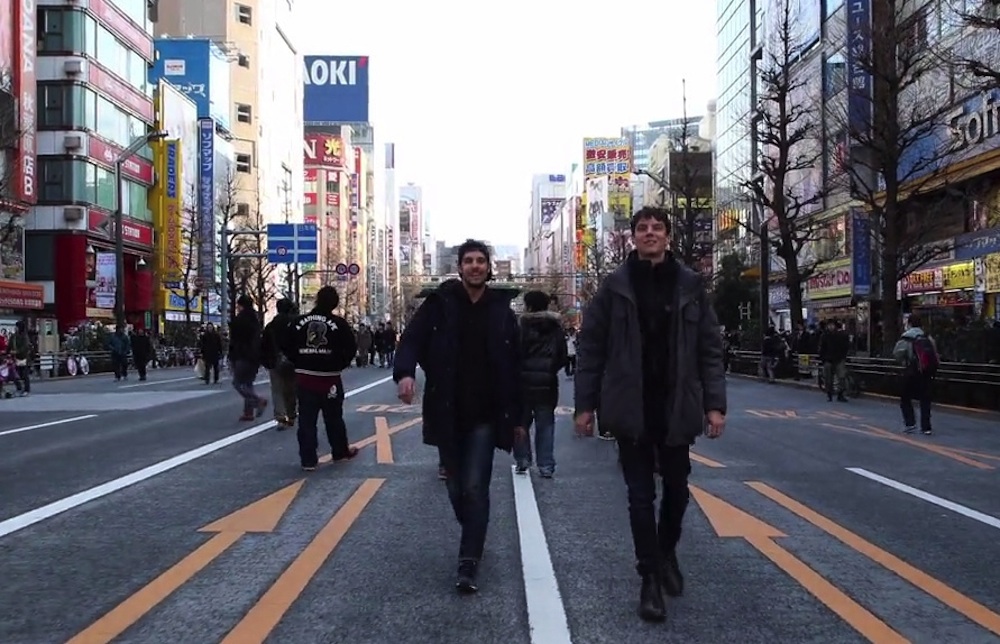 A dude called Ludovic Zulli decided to make a 9 hour movie of him walking backwards around the crowded streets of Tokyo.

I don’t know why anyone would want to watch a 9 hour movie about anything, let alone one without a plot where it’s just a dude walking around a city for the whole time, but apparently it’s the hallmark of a channel over there called Slow TV which attracts viewers with its laid back and very relaxing programming. Yeah, I’m not joking about that and I suppose if they can commission people to make 9 hour movies then they must be doing something right.

I don’t think I’m ever going to sit through the whole movie – unless perhaps I find myself a sweet stream of Slow TV when I’m on a horrendous comedown – but this five minute clip which is actually played in reverse is actually a trip. It’s kind of like that old Coldplay video but without the crappy Coldplay song playing in the background.

Tokyo is fascinating at the best of times but this video really does take it to the next level in terms of wonder and strangeness. If only he had passed the Godzilla Hotel. If you like it, maybe check out the 9 hour version.