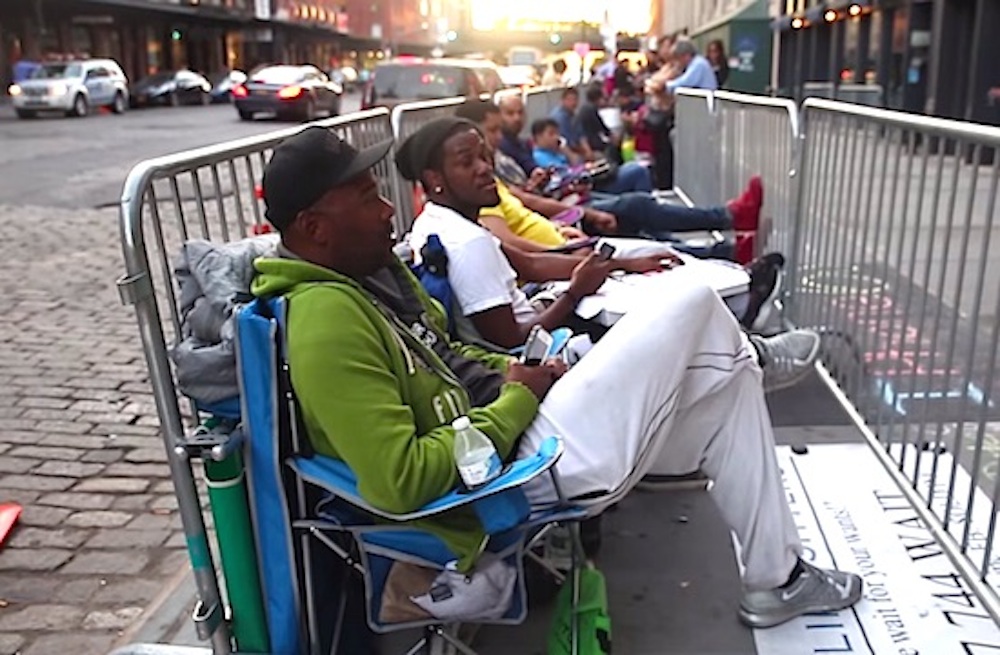 What an absolute genius.

Meet Robert Samuel, the founder and CEO of Same Ole Line Dudes. He literally gets paid by other people to sit on his fat ass, waiting in line for stuff that they can’t be bothered to wait for.

As he’s based in New York City, this includes stuff like concert tickets, Broadway shows, hip bars, brunch places, restaurants and of course those elusive iPhone 6 plus launches. Basically, there’s a lot of work for a guy who’s willing to sit in a chair and sleep on the streets for hours upon end.

The guy even has a couple of employees he’s sorting out with jobs when there’s huge demand for people waiting in lines. To be honest the dude probably doesn’t even need to wait in line himself anymore, he could just patent the app/website and get other people to do it whilst he takes a cut of the profits. It’s basically a completely genius innovation for modern life. Check out his story in the video below.

Absolute genius huh – you really have to admire this guy for finding a niche market and exploiting it to the max. I don’t know why more people who don’t have any money don’t set up something like this because it literally requires no skills at all, except maybe setting up a website which you can quite easily get someone else to do.

Of course, there’s the danger that his job might be made obsolete by the fact that people are sending homemade robots down to hang out in line instead of them, but I think it’s going to be a while before that innovation is mass marketed and he’ll have a few years of doing this before that happens.