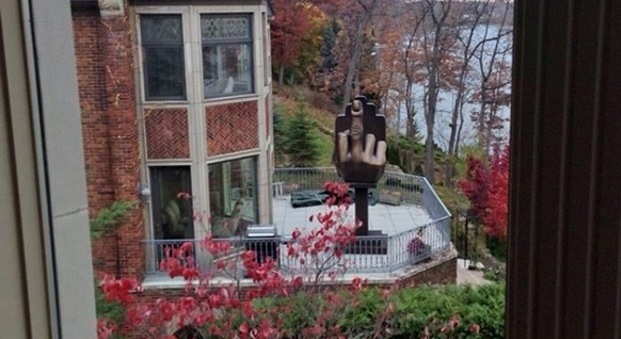 A Michigan man who clearly has a few bob spare has gone to hilarious lengths to troll his ex-wife.

A Michigan man who clearly has a few bob spare has gone to hilarious lengths to troll his ex-wife — he purchased the house next door to her and moved in with his new girlfriend Tiffany. Then he went and bought an expensive bronze statue of a middle finger, set it up on the back porch and aimed it at his ex-wife’s house.

He’s even got a massive spotlight shining on it so that his ex-wife can see it when it’s dark.

So this guy has pretty much rewritten the book on trolling here. You just can’t compete with that. Whether this is serious beef or just some massively fun game they’re playing, what sufficient comeback is there for his ex/neighbour short of building an even bigger and more obscene statue? How do you retaliate to this? It’s not like she can ignore it — it’s right outside her house! 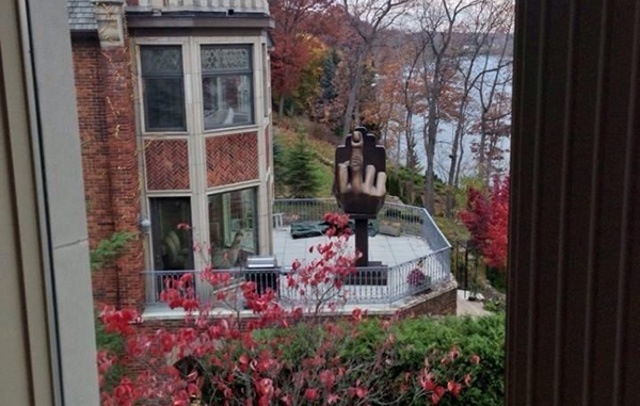