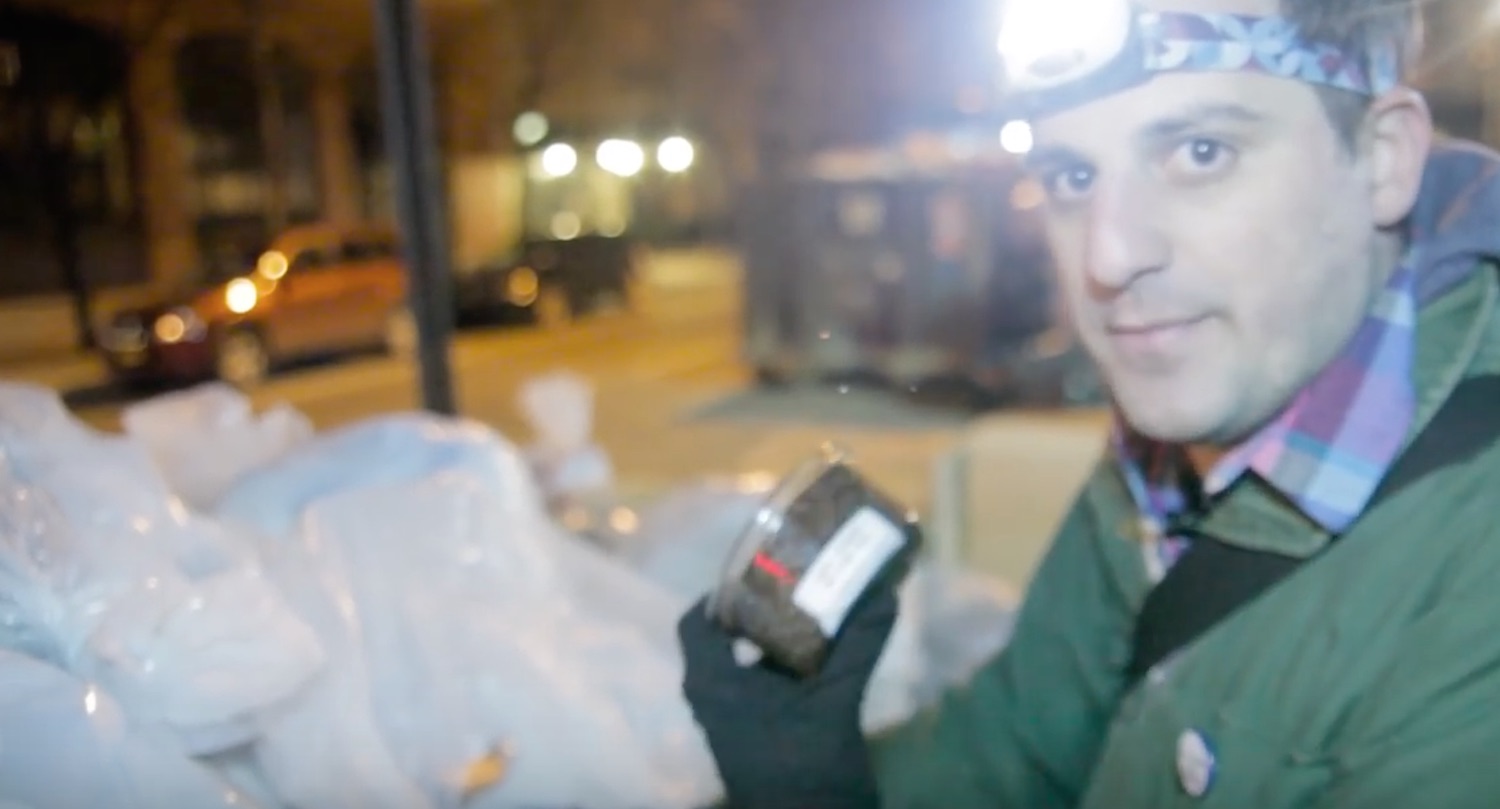 When you think of people dumpster diving you usually think of gross tramps picking through disgusting skips looking for stale old half eaten sandwiches that have maggots crawling out of them, but it turns out the reality of the situation is nothing like that.

Well that’s at least if you follow this guy Jeff Seal’s tips. He seems to be some kind of hipster dude living in New York who’s trying to save money by not buying food and dumpster diving for it instead, and to be honest it looks pretty awesome. He even says that he manages to eat better now that he dumpster dives for his food as it makes him eat healthier stuff that he would never think of buying if he was in the supermarket picking up food of his own volition.

If you can get over the whole rooting through dumpsters, you’re onto a winner.

OK so it’s not exactly gourmet food but I mean all the stuff he gets is sealed, so it’s not really going to be that worse than whatever you pick up off the shelf in your local supermarket is it? Except it’s coming out of a bin bag, of course.

Hmmm, something to think about anyway. Hopefully it won’t even be an issue soon though and all supermarkets will start being like the French ones who actually made it illegal to throw waste food out and give it all to charity and the homeless instead. Respect.