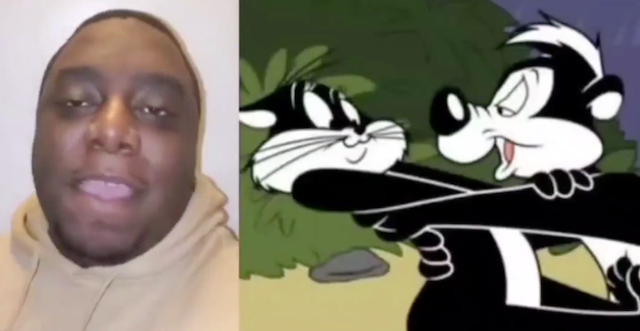 This guy makes a lot of sense.

There was a lot going on last week, but still one of the most popular stories involved Looney Tunes cartoon character Pepe Le Pew’s cancellation after it was thought that his actions in many of his popular stories perpetuated rape culture.

This was obviously really stupid that it’s even a topic of debate, as even when if looking back on the cartoons he is a bit of a sleaze ball, anyone justifying their own actions by copying those of a cartoon skunk was probably going to do whatever they ended up doing anyway. Not even sure if anyone has ever tried to use that as an excuse either or it’s just completely out of left field from whoever suggested it?

Anyway, there was a lot of backlash about the decision to cancel Pepe Le Pew, but I don’t think anyone has spelled out why it was such a stupid idea as the guy in the video below. Take a look and watch it all, and hopefully this can be the end of our problems with Pepe:

The most important part about that is that Pepe Le Pew is a cartoon character and you can easily just make him change his actions and start acting differently now, rather than grabbing and kissing the female cat dressed a skunk or whoever the whole time. It wouldn’t be that hard to write an episode or have him do something like that in a skit and get his comeuppance to drive home to people that his actions aren’t OK in 2021.

Indeed, I think a scene akin to that was originally supposed to happen in the upcoming ‘Space Jam’ sequel before its abrupt omission and that would have been far more useful than the current debate going around on social media and Twitter about whether or not to cancel him. You seriously have to scratch your head about these things sometimes.

For more of the same, check out what the daughter of Pepe Le Pew’s creator has to say about the situation. They’re pulling out all the big guns now.