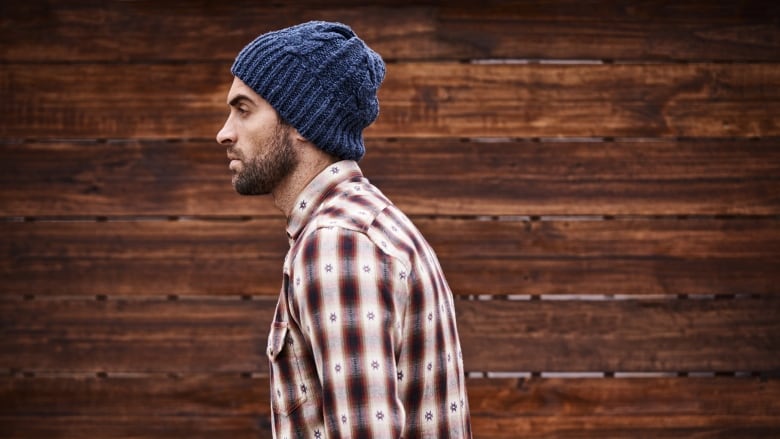 In what I’m sure is going to be the dumbest story that we publish today – I mean it honestly sounds like something that could have been on The Onion – a man threatened to sue the MIT Technology Review after it published a picture of him in a story about why hipsters all look the same, but embarrassingly found out later on that it wasn’t actually him. You couldn’t make this up.

The story in the review detailed an effect of ‘the counterintuitive phenomenon in which people who oppose mainstream culture all end up looking the same’ and invited one comment under the (Getty Images) picture you can see above that said the following:

Your lack of basic journalistic ethics in both the manner in which you ‘reported’ this uncredited nonsense, and the slanderous, unnecessary use of my picture without permission demands a response, and I am, of course, pursuing legal action.

Ooooooh! No need to get so butthurt about it – especially when it wasn’t actually your picture dude. This wasn’t just an idle threat though and the guy actually did choose to pursue his claim and get embarrassingly shut down. MIT Technology Review’s editor Gideon Lichfield spoke to Carol Off about what went down:

A few days ago we ran a piece in @techreview about some research purporting to explain the "hipster effect"—the fact that nonconformists often end up nonconforming in the same way. We used a stock Getty photo of a hipster-ish-looking man. https://t.co/8LB6qLSmgS

What was this study and the article about hipsters? What was the gist of it?

It was a mathematical model of why people who tried to differ from the crowd end up conforming to one another.

And you had an illustration of a man, a photo of him, in this article. … Why did you get an email from someone, an angry reader, who threatened to sue you because of that photo?

He saw the article. He saw the photo. He thought the photo was of him.

And he, I guess, maybe has something against hipsters or against being called a hipster. But he didn’t like it. He wrote some things that were very uncomplimentary about the article itself.

What questions did that raise for you when you got that letter?

The first moment I see something like that, my question is, well, did we do anything we shouldn’t have?

So I looked at what his accusation was, and I said, he seems to be accusing us of implying that he’s a hipster. I’m pretty sure that can’t be prosecuted for slander.

My second thought was, you know, I’m sure that we used this photo in accordance with the license and we got it from a reputable agency, so there shouldn’t be a problem with using it even if the person in the picture doesn’t like the implication.

So I forwarded the email to our art department … and their response was, “Yes, we have the right license. But, you know, we can take the picture down anyway if he’s annoyed.”

But our creative director said no, this was an image that we used with permission and perfectly in accordance with our rights. We shouldn’t take it down just because somebody doesn’t like it.

How did it get resolved?

So in the end our creative director … wrote to Getty Images and said,”Look, we have an angry reader who doesn’t like the way we used this photo. Could you check that you know that he signed a model release and the license is all in order?”

They have a team that deals with legal complaints and they went into their archive and checked the details and they came back to us and they said, ” Actually the model in this photo does not have the same name as the person who wrote to you.”

No apology, but, you know, I’m happy that it’s resolved.

How could you look at this and think it’s you and it’s not you. I mean, does that puzzle you?

I mean, you know, the picture is in profile. He’s wearing a hat so it covers his hair.

And, you know, as a no-longer-in-his-30s white man with a beard, I know that a lot of white men in their 30s with beards look kind of similar.

So I guess it doesn’t surprise me that much.

But if this was your sort of iconic image of a hipster, and somebody who is angry at the idea of being accused of being a hipster says it’s not him, what does this say about hipsters?

I think it says what the study says, which is that hipsters all look alike.

I mean wow, talk about your whole study being vindicated in one fell swoop. Couldn’t have really gone more perfectly for Gideon there can it? Love it when social science actually works.

For more of the same, check out these accidental Chinese hipsters. Legends.