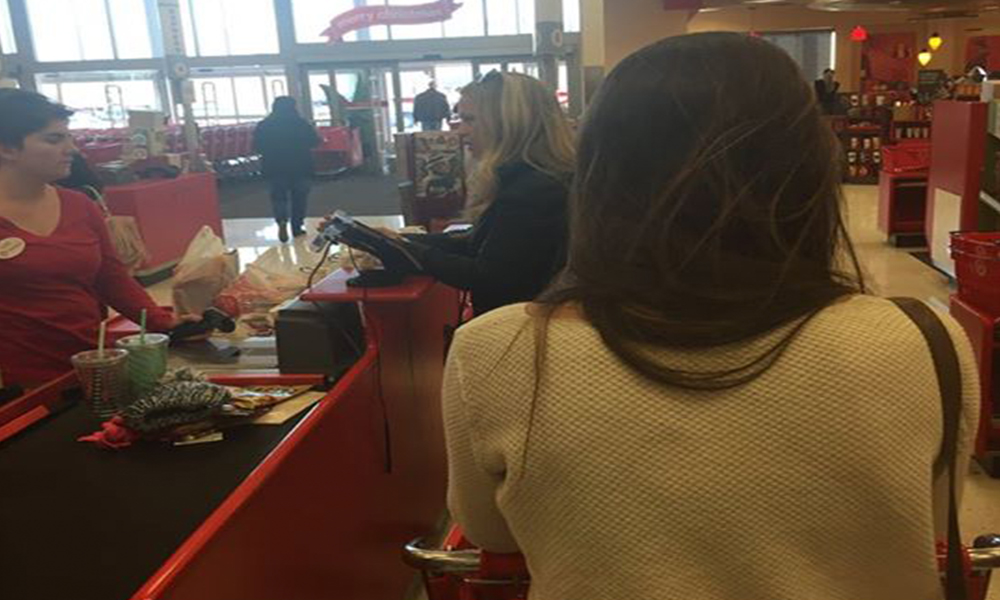 Cheers for putting us all to shame, mate.

This fella managed to accidentally ‘sort of’ cheat on his wife, but still end up with thousands of women adoring him for it after he posted the picture and explanation on Facebook.

People like this make life harder for the rest of us. Boys, it’s probably best you don’t show your girlfriend this.

Jason Hewlett was out and about, shopping for ‘manly things’ such as eyebrow tweezers and sardines, when a girl in front of him in the queue at the checkout caught his eye. He thought to himself:

Wow, some guy is lucky to be with her!

Now. Wandering eyes checking women out when you’re in a relationship can be a bit of a grey area. People can’t help noticing if somebody is attractive, I guess, but if your missus found out you fancied a random girl in the supermarket, she probably wouldn’t be best pleased.

But Jason, the jammy shit, doesn’t have to worry about that. He realised that this woman was actually his wife.

You know, it was just out of context to see my spouse at the same store, in the same line, living her life and not knowing she might be at the same place, same time, different car.

There was a person between us, so I just watched my cute little love, tried to text her stuff like, “Hey Hottie” and “What are you buying now my Babelicious?”, none of which got her attention as she was looking for a coupon she’d saved just for this purchase. 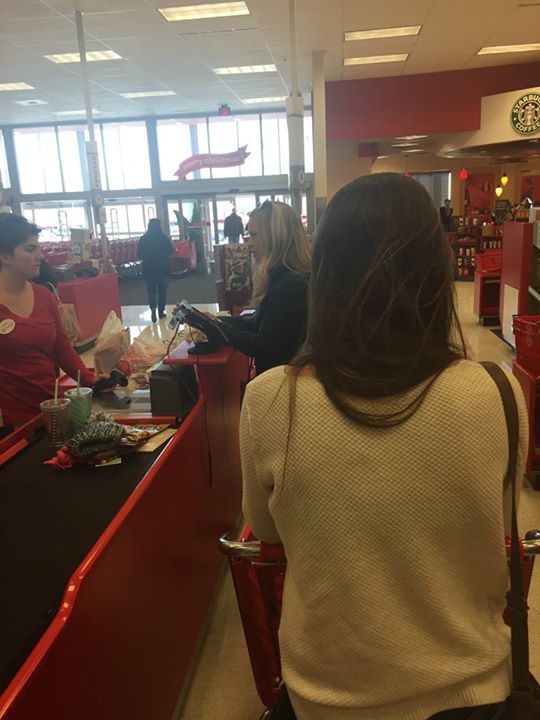 He opted against ‘leaping on the register’ and decided to silently observe his wife from a short distance.

First off, I was taken aback by how amazingly beautiful she is once again. I believe I see it often, but today, not knowing she was at the store, I saw her with new eyes.

I just couldn’t believe I get to be her fella.

She grabbed her things and walked out the door. I never said anything, didn’t flag her down, just watched her walk away, admiringly, knowing she’s my wife and I love everything about this woman.

He did include in the post about how lucky he is to have her, and how it took an effort to win her in the first place. The soppy sausage.

His Facebook post has now gone viral, and thousands of women are commenting on it, saying how lovely it is, and how they wish their other half would do something like that. Imagine if it wasn’t her and he posted it, though. Or he silently watched her pay for her items, then walk out holding hands with another man. Not that I’m bitter and regret showing my missus this Facebook post or anything.

At least it all ended well, and nothing like this video of a guy dumping his wife-to-be ended up happening.