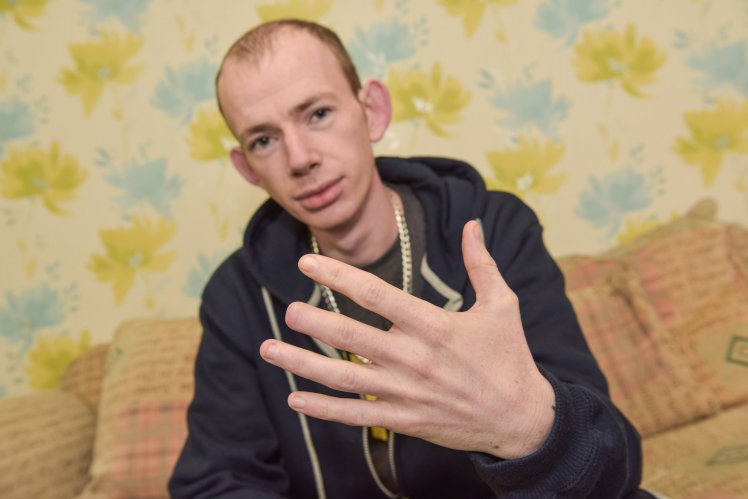 One hell of a bender.

I’m sure we’ve all had those nights where we’ve got so wasted that we can’t really remember what happened, but I’d like to think that not too many of us have woken up with parts of our body missing and not remembered the reason.

26 year old Dwayne Thompson can’t place himself in this category though after a recent night out that he doesn’t remember leaving him with the tops of his fingers chopped off. He says he went out with his girlfriend for a meal at a restaurant and the next thing he remembers is waking up in Abbey Park – which is some distance away – at around 2:30am in the morning.

What a bender huh? His story is completely perplexing too: 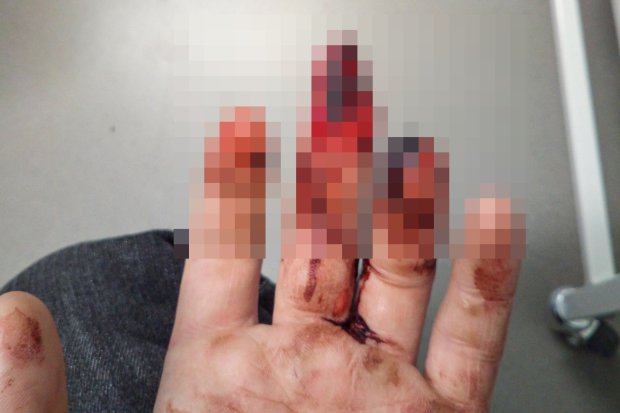 I remember the whole night until that point. I had a three course meal, couple of drinks.

It’s a big step from a meal to where I was. It’s just a mystery.

My friends have no idea where I went. They thought I went to the toilet or for a fag, then I was gone.

Somebody out there has seen me that night. I want to prove I’ve not done anything.

You might be wondering why Dwayne has to prove he didn’t do anything, and that’s because his girlfriend reckons he was cheating on her. Lol – sounds like the kind of relationship that’s destined to end up on Jeremy Kyle.

Anyway, I guess there are two explanations for what happened. Either Dwayne is lying and he knows exactly what happened, or he got this drink spiked and ended up doing who knows what. Or perhaps there’s a third option – that’s he an absolute lightweight and did get so drunk off those two drinks that he completely blacked out.

All three options are pretty plausible, although I think if he was just cheating on his girlfriend then it’s a pretty absurd length for him to go to to try and cover it up. Maybe that’s what it takes though.

If you think you can help Dwayne and know what happened to him on November 3rd then get in touch with Leicestershire Police. Would love to get to the bottom of this.

For more of the same, check out this guy who got so drunk on a plane he had to be taped to a chair. Classic.