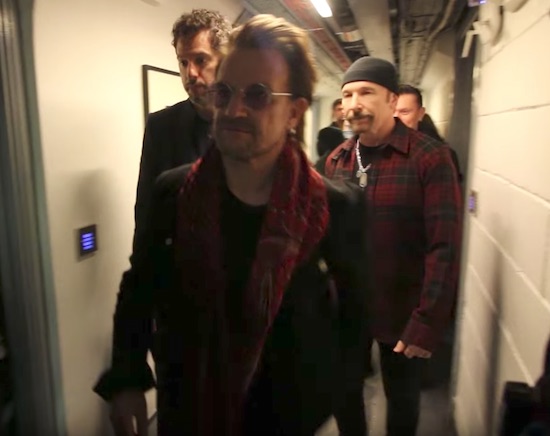 He managed to meet Stormzy, Pogba, U2, Rita Ora and even Jedward.

There’s always the temptation when a huge event is going down in your town to head down and try and sneak in, but most of us don’t even bother trying because we’re all resigned to the fact that no matter how hard we try, it’s probably never going to work.

Most of us aren’t Simon Wilson though, who in recent months has managed to blag his way into the Emmys and a ringside seat for the Conor McGregor/Floyd Mayweather fight. His latest target was the MTV EMAs in London on Sunday and once again, he waltzed on in and managed to have an awesome night hanging out backstage with such stars as U2, Rita Ora, Paul Pogba, Stormzy and even Jedward.

Damn, it’s actually ridiculous how close he managed to get to these people without actually getting busted by security or even anyone for not actually being supposed to be there. I suppose there are just so many entourages of people at these things that all you need to do is look like you’re supposed to be there and that’s all it takes. Kinda scary when you think about all the recent terrorist attacks and the potential for something like that to happen again though. Ugh.

For more sneaking in, check out this guy who managed to sneak into the Conor McGregor Floyd Mayweather press conference with some fake passes. Good effort.