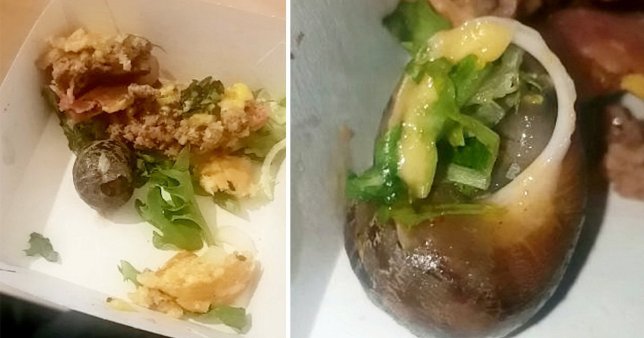 The whole point of getting food delivered to you is that it’s right there on your doorstep, ready to eat and hopefully delicious.

It’s a fairly simple equation that it’s kinda impossible to screw up, but someone at either McDonalds or Uber Eats managed to do so with regards to 24 year old Aiden Griffiths’ recent order. Aiden was tucking into the South Carolina Stack burger when he was shocked to find a snail stuck in between the two patties. Absolutely rank. 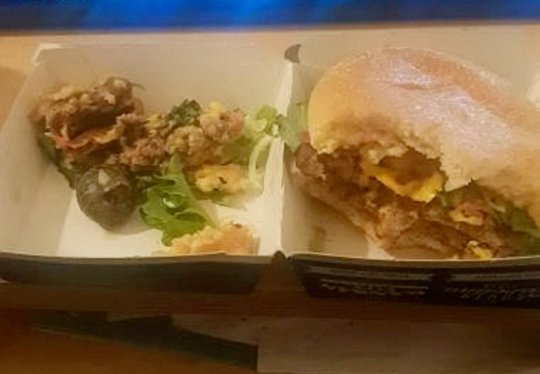 I was chomping into the burger when on my third bite my teeth hit something hard.

I spat out my mouthful and saw perched in between the bun and the burger was a snail.

It was pretty shocking and put me off the rest of the meal. I couldn’t believe how something like that could happen.

Because of my job I travel around a lot and always go to McDonald’s but I don’t think I’ll ever go back. It was grim.

It was delivered in a sealed plastic bag. Surely, it’s McDonald’s’ fault. The refund is fine, but it’s not about the money, it’s about finding who is responsible for it.

McDonald’s and Uber Eats both gave him a refund but both seemed to want to blame each other for the mishap. Don’t blame him for wanting to know who was behind it because sticking a snail in someone’s burger really is a cruel practical joke and not even really that funny, it’s just disgusting. I could maybe get behind it if it was someone who legitimately hated Aiden for some genuine reason as it’s quite a funny revenge, but if it’s just some disgruntled McDonald’s worker (most likely) then I’m not really about that because it’s completely rank.

For more of the same, check out the weirdest penises in the animal kingdom. Snails are up there.