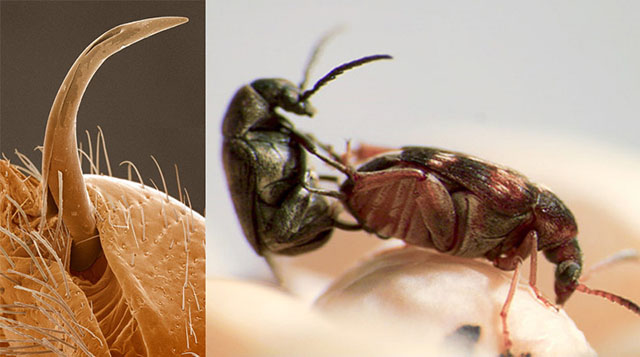 Thought your junk looked funny? Wait till you get a load of what these creatures are packing.

Wait till you get a load of what these creatures are packing: 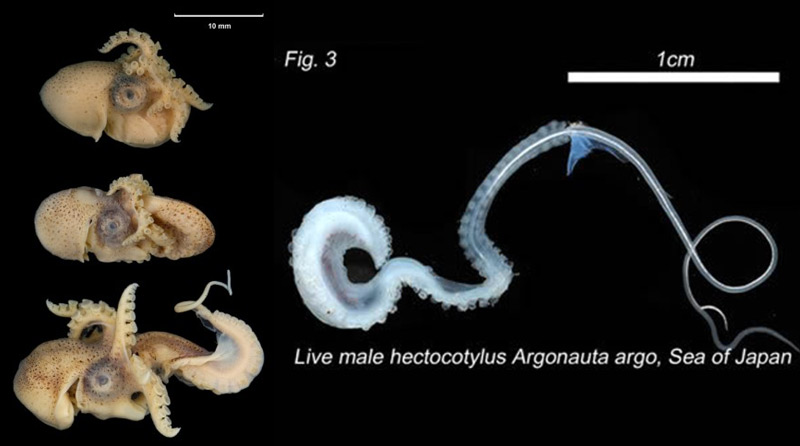 Argonauts are a type of octopus, whose females create a thin shell for themselves. Male Argonauts get a more extreme adaptation: a special arm, which they use to transfer their sperm to the female. 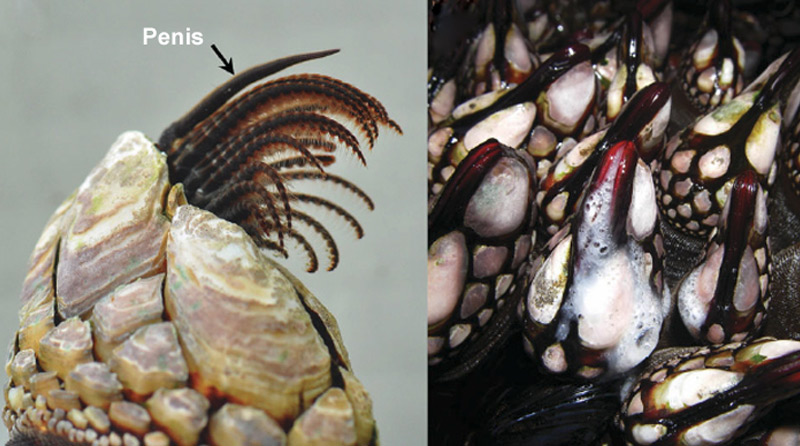 Once barnacles leave their juvenile stage, they become anchored to a single spot, from which they’re unable to move. It presents something of a problem when they’re looking for a mate. 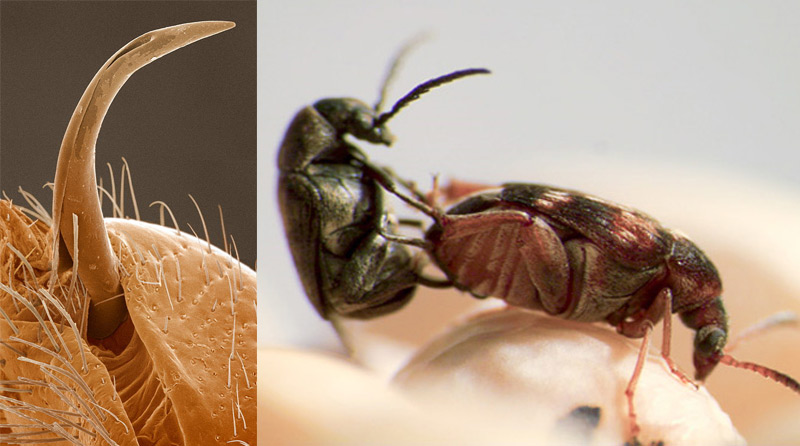 The bed bug, Cimex lectularius, has a unique mode of copulation termed ‘traumatic’ insemination during which the male pierces the female’s abdominal wall with his external genitalia and inseminates. 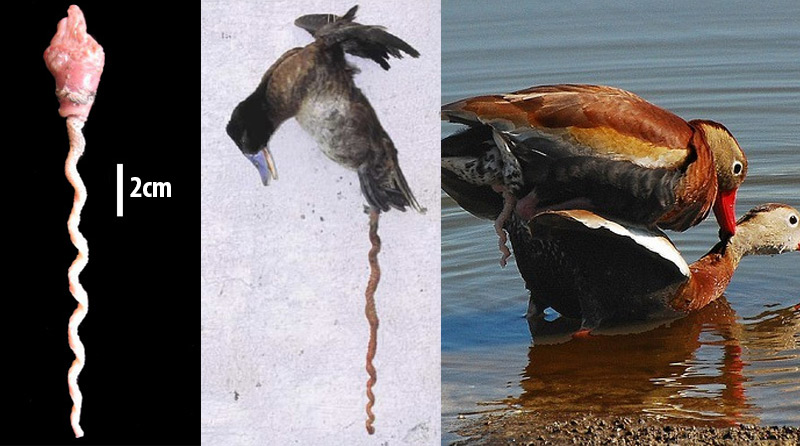 Most birds don’t have penises, so the ones that do need to compensate for the rest. The Blue-bill’s penis has clocked in at up to 42.5cm — about the same length of its body. 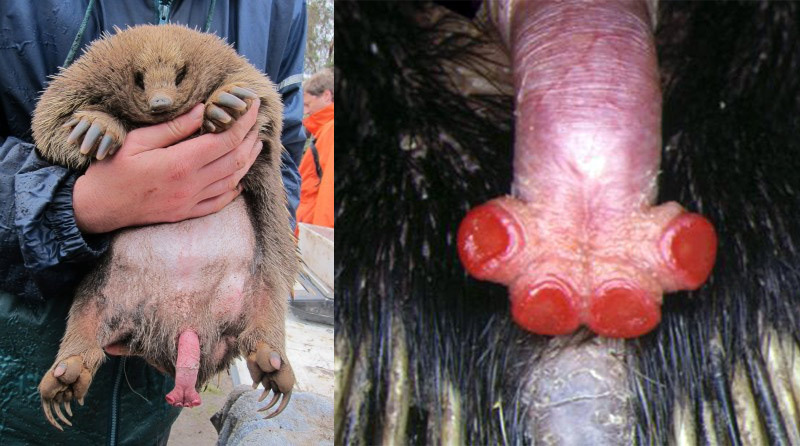 The penis of the echidna has been described as the most frightening penis in the world. The penis terminates in four cup-shaped heads. 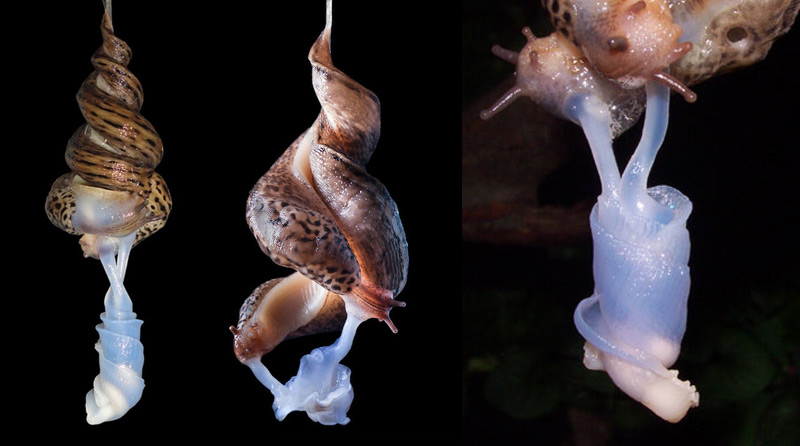 The leopard slug is one of the largest slugs in the world. Since they are hermaphrodites, both mates in a pair will use their penises for mating.

Snails are hermaphrodites (each individual having both lady-parts and man-parts), and when two snails come together, they complete a lengthy and complicated ritual prior to mating. 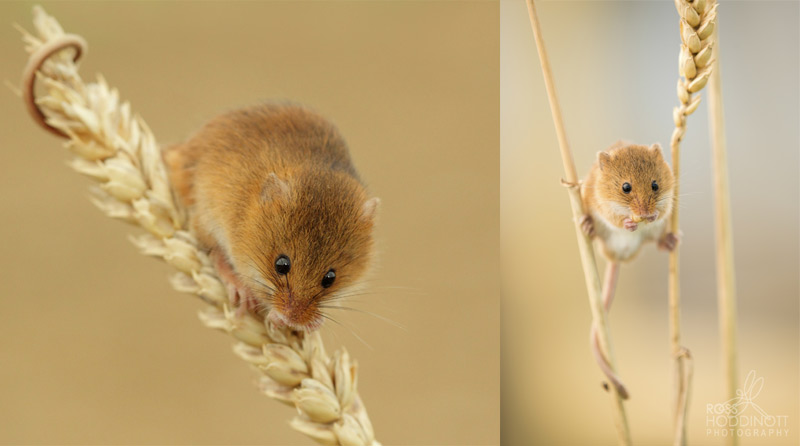 A harvest mouse that grows to be 15 mm long may have an 8 mm penis, more than half its body length. 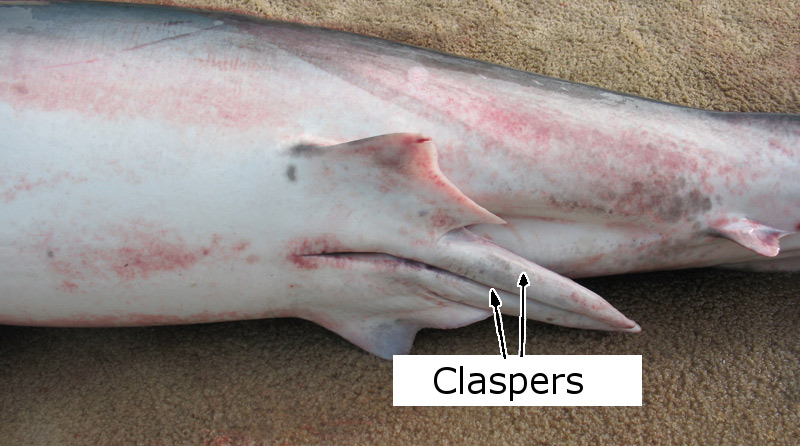 Apparently one penis isn’t enough for sharks. Nope, they need two of them. Each organ, or “clasper”, is actually a tight roll of cartilage that stiffens during arousal. 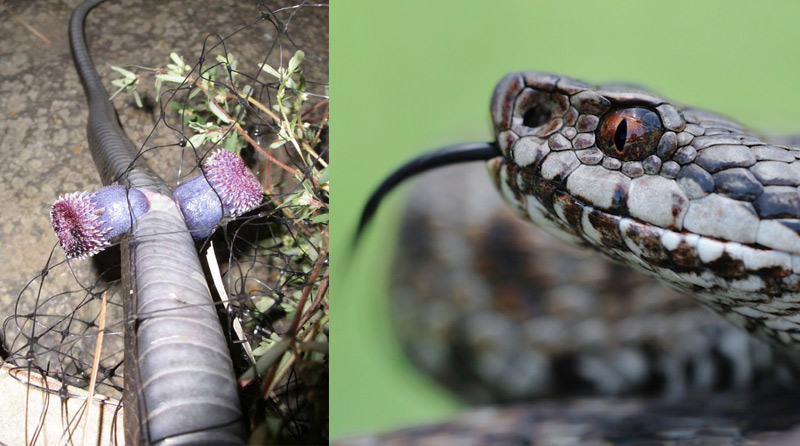 Snakes (and many lizards) have a hemipene — essentially a two-headed penis. This is held inside the body for most of the year, but can be squeezed out in an erect state when needed for mating. 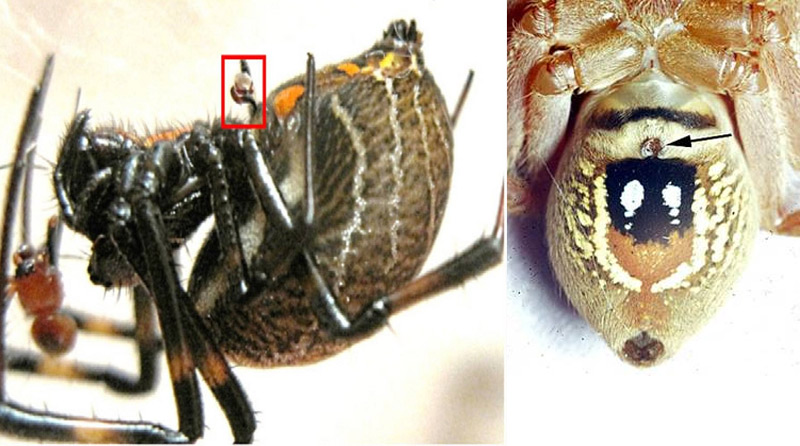 Male spiders use organs called palps, similar to penises, to transfer their sperm to the female. It is during this time of contact that the female may eat them. 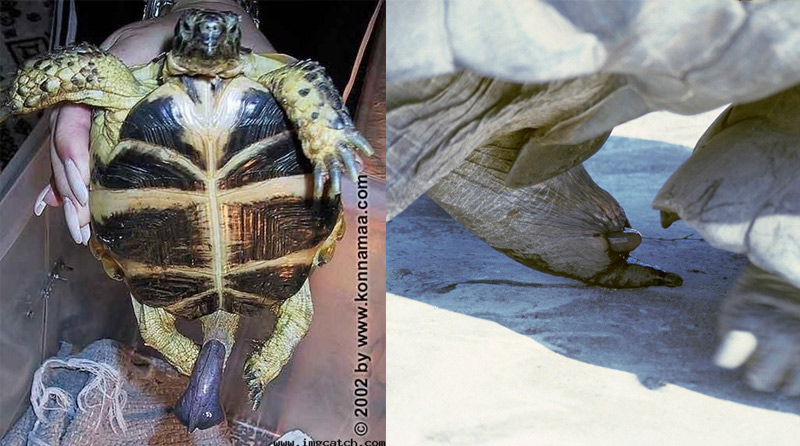 When aroused, a turtle’s penis can increase by 50% in length, 75% in girth and 10% in depth. In most turtles, the fully engorged organ reaches well up to, or even past, half their total body length.