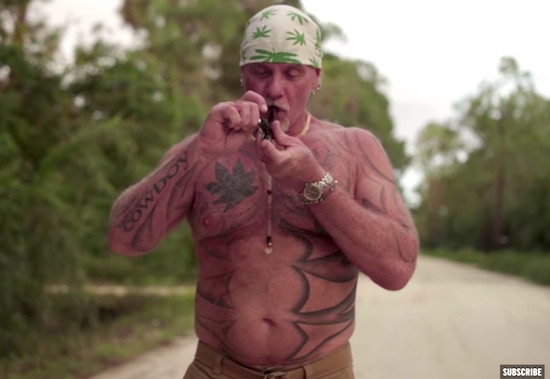 Smuggling large amounts of drugs is one way to get rich super quick, but it also has its notable drawbacks in that if you get caught, you’re probably going to jail for life. That doesn’t deter some people though and it seems inevitable that drugs are always going to be a part of our lives in some shape or form. One things for sure though – it used to be a hell of a lot easier to get away with it, and this is demonstrated in the video below.

In the video, our friends over at VICE take a trip down to the Florida Everglades to meet former pot hauler Tim McBride, who explains how his operation in Everglades City – a small town of 500 people – worked back in the day. They ran a complex, highly organised network that was responsible for smuggling millions of pounds of marijuana from Columbia to Miami.

Damn, that is some eye opening stuff. Love the guys weed tattoos as well, it’s like he doesn’t even give a crap about being the biggest pot dealer in the region, he wanted everyone to know. No Gus Frings kinda crap here.

For more of the same, check out this story about Pete Doherty trying to smuggle heroin through Italy. Idiot.